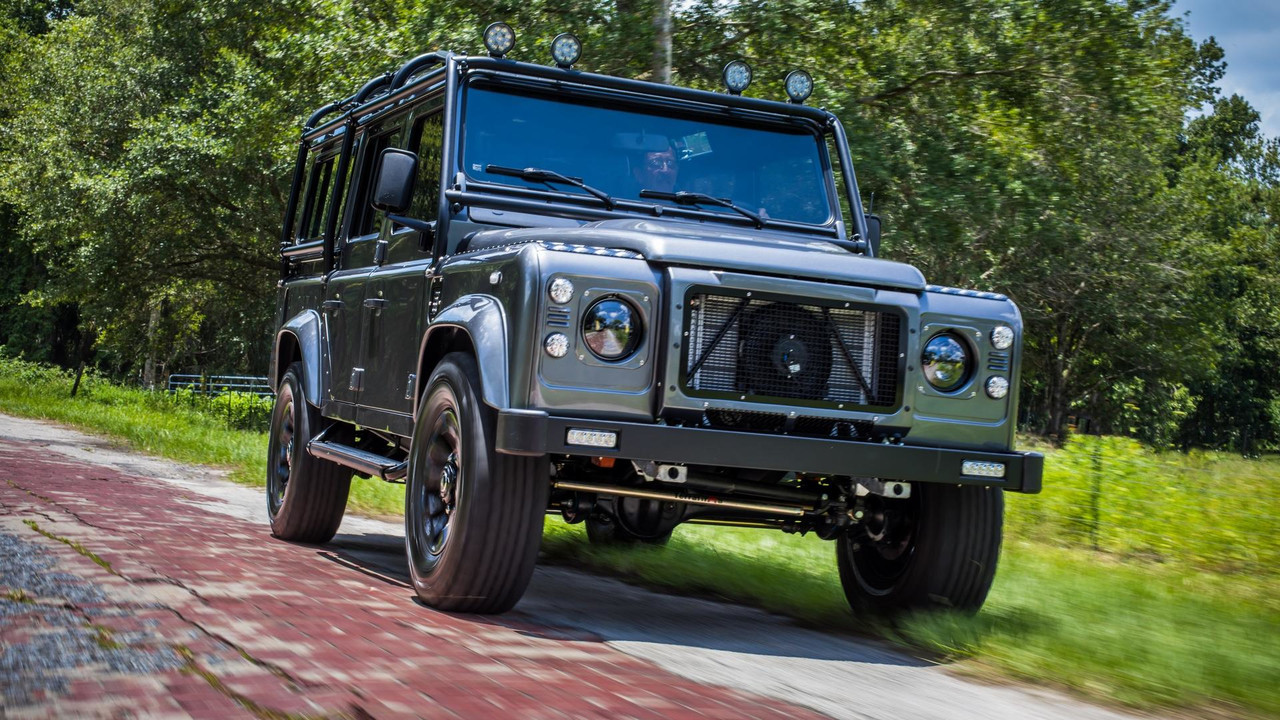 It took more than a year to breathe new life into the iconic off roader.

More than just a simple tuning job, this Land Rover Defender 110 was stripped down to its frame in order to be rebuilt from the ground up. A brand new galvanized chassis is now at the core of the iconic 4x4 and has been bathed in molten protective zinc coating to make sure it will withstand the test of time by offering superior protection against corrosion.

East Coast Defender’s very best TLC included taking the time to work on every single nut and bolt, along with installing a stainless steel Borla exhaust system, external roll cage, and upgraded brakes. The Defender also got a custom radiator and stainless steel brake and fuel lines, but these are only part of the story as the most significant change is lurking underneath the hood.

Indeed, the standard engine has been removed to squeeze in a 5.3-liter Chevy LC9 V8 engine producing a healthy 320 horsepower delivered to the chunky all-terrain tires through a six-speed automatic transmission. No word about performances, but it goes saying it’s substantially faster than the regular Defender, regardless of its engine.

The Florida-based company did not rest on its laurels as it also fiddled with the interior by adding a backup camera, navigation, and LED lighting. Other goodies part of the package include a touchscreen Kenwood infotainment system (with Android Auto, Apple CarPlay integration), classic instrument gauges, and new seats wrapped in black/charcoal leather.

You can imagine all of the changes the legendary Land Rover has gone through took a considerable amount of time to implement, with East Coast Defender saying work began in July 2016 and ended just last week.

And then there’s the name: Project Kingsman. It follows other equally cool labels like Punisher, Ironhorse, Blackout, and Honey Badger. There was even a Project Viper a while back, a $285,000 Defender with an LS3 V8 engine rated at 430 hp. All of these vehicles are hand-built, so rest assured you will be getting your money’s worth.