Bugatti Rendering Imagines A Race-Ready Hypercar Of The Future 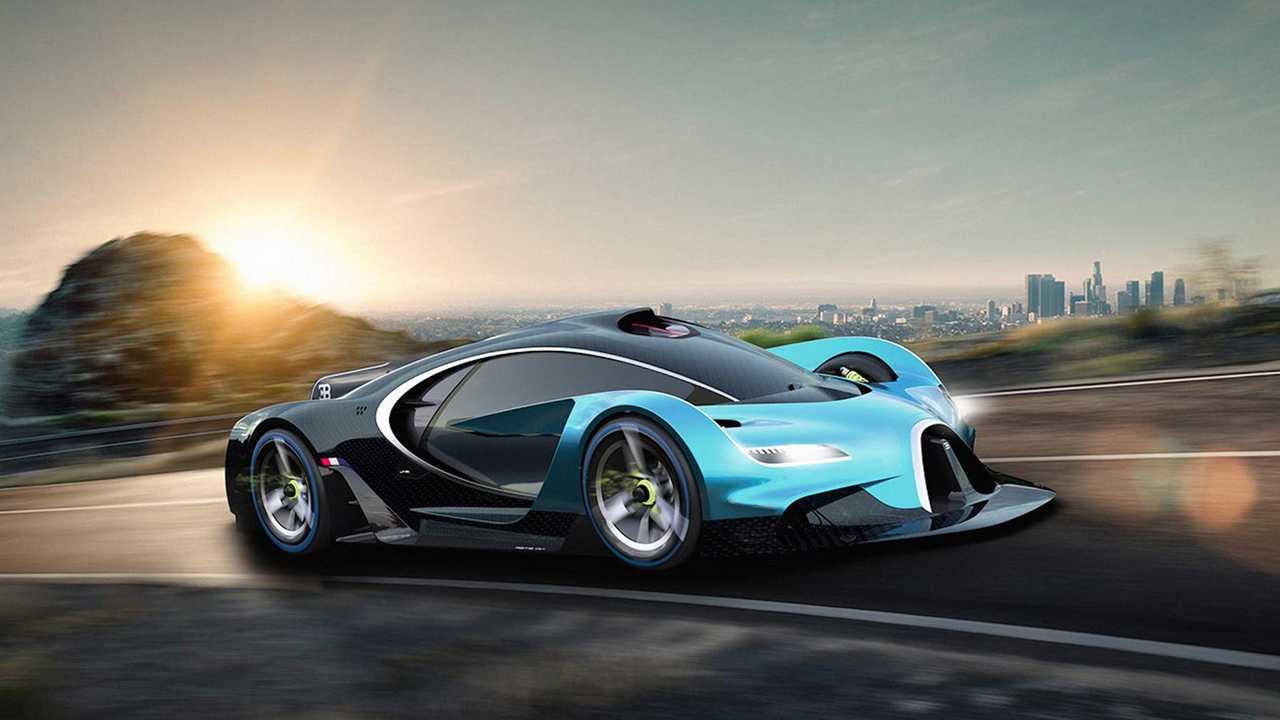 The concept was created by designer Adrian Biggins.

The success of the Bugatti Veyron gave way, naturally, to the more powerful, more dramatic Chiron. With a 1,497-horsepower (1,116-kilowatt) quad-turbcoharged engine, and a 261 mile-per-hour (420 kilometer-per-hour) top speed, the Chiron remains at the top of the respective supercar spectrum. But eventually it will need to be replaced – pending it has the same amount of success as the Veyron.

One designer is already looking towards the future with a Bugatti concept that could follow in the footsteps of the Chiron. Digitally rendered by U.K.-based artist Adrian Biggins, the Bugatti hypercar concept pictured here previews a dramatic design approach for a proposed successor.

Many of the same familiar design cues remain, including the grille, the c-shaped side pillar, and the overall body lines. Most of the revisions come in the rear, where the typical rounded shape gives way to a more dramatic diffuser, a central endurance racing-style spine, and exposed springs for added effect.

A similar treatment can be seen on the front fascia. A massive shovel-like diffuser is accented by an updated version of the grille, as well as sleeker new headlights, and a low-slung hood. New wheels and a roof-mounted hood scoop help finish off the design.

The concept is undoubtedly unique, and shares a number of cues not only with the Chiron and Veyron that came before it, but also the Vision Gran Turismo concept that was introduced in 2015. The dramatic fascia and the extended rear in particular coincide with the 2015 concept.

Alas, it will still be quite some time before we see any sort of replacement to the Chiron. The still-new supercar made its debut just last year, and only recently has the first production model made its way to the U.S. Whatever the case, we can always dream...