Ferrari Will Build One More LaFerrari Aperta, Sale For Charity 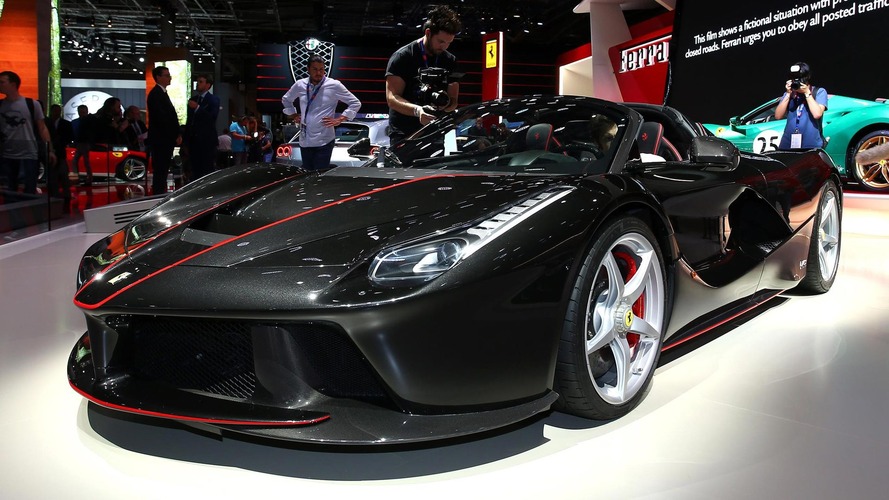 The final LaFerrari coupe sold for $7 million. It seems possible the Aperta could go for more.

Multi-millionaires of the world take note because the last opportunity to own a new Ferrari LaFerrari Aperta is almost here. The Prancing Horse will build a 210th example of the open-top hypercar, and the sale price will benefit a still-undisclosed charity. RM Sotheby’s will auction the final example of the model on September 9.

Ferrari previously pledged to only build 209 examples of the LaFerrari Aperta. However like with the Laferrari coupe, the company decided to build one extra unit to benefit charity.

Ferrari has not yet built the 210th Aperta (the gallery comes from the model’s debut), but the company has promised that the open-top model to have a unique livery. The company will debut the one-off look on September 9.

RM Sotheby’s expects the 210th LaFerrari Aperta to sell for between 3 million and 4 million euros ($3,540,645 to $4,720,960) at current exchange rates. However, the actual price could be much higher. When RM Sotheby’s sold the final, 500th LaFerrari to benefit the National Italian American Foundation’s Earthquake Relief Fund, the vehicle raised $7 million, making it the most expensive car from the 21st century ever sold.

Gallery: The 2017 Ferrari LaFerrari Convertible is Here — And Already Sold Out

When Ferrari initially took orders for the Aperta, the company simply sent the keys to its top clients and asked them if they wanted to be the hypercar without even seeing the vehicle. This sale will be a rare opportunity for someone outside of this rarefied group to get one new directly from the factory.

The 210th Aperta will be part of RM Sotheby’s Ferrari – Leggenda E Passione sale that will include some very special vehicles. Among them, the company will auction the only road-going Ferrari 365 GTB/4 with an aluminum body (gallery above). The coupe spent the last 40 years in Japan.

If you miss out on the Aperta, there's always the option of picking up Amalgam's $15,000 1:8-scale model of the open-roof hypercar.