2018 Mercedes CLS Spied With Less Camo Than Ever Before 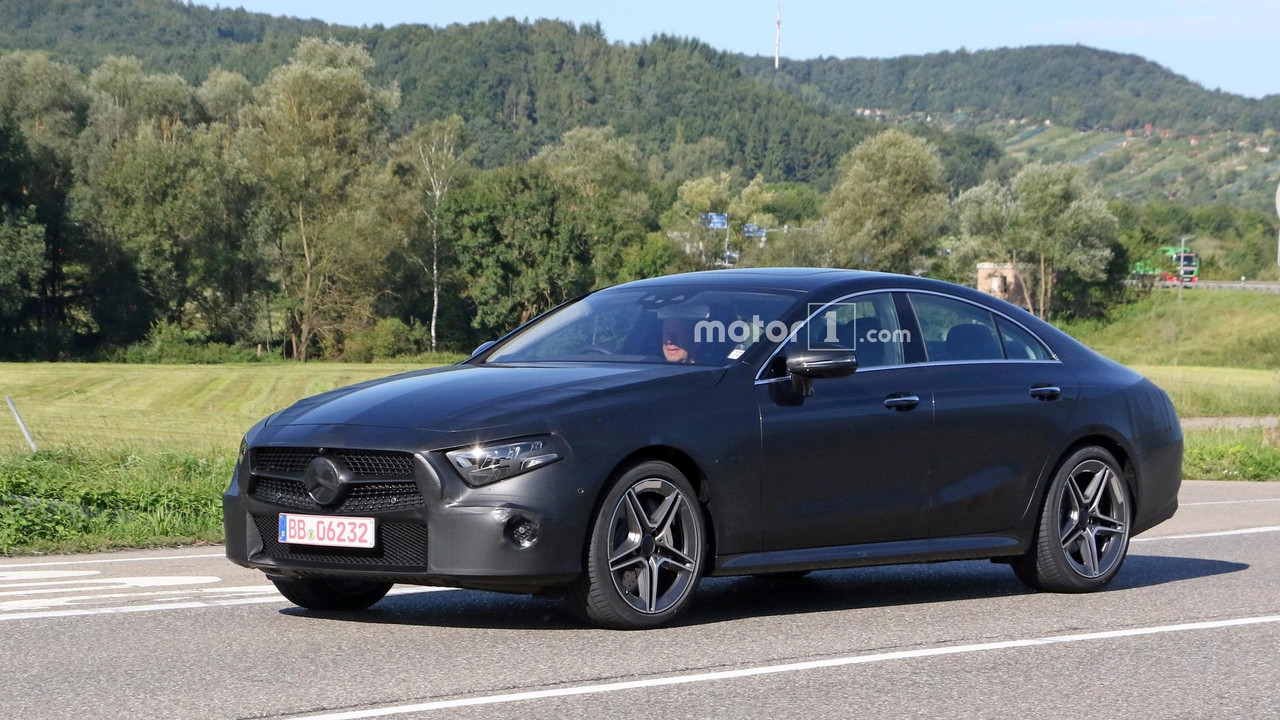 We are only a few weeks away from its big debut.

Fancy a bigger, more luxurious E-Class that’s not an S-Class? This is where the CLS comes into play to bridge the gap between the two luxurious sedans. Almost ready for its third generation, the CLS will continue to be a sedan featuring a heavily inclined roofline to set it apart from the E upon which it will be largely based. At the same time, it’s going to distance itself from the sporty four-door GT liftback bearing the Panamericana grille the talented folks at Mercedes and AMG are working on.

Here we have a near-production prototype sitting on 19-inch alloy wheels and carrying only a thin strip of black camo to mask the sexy four-door form. It appears to have all the final body parts in place, thus suggesting an official reveal is right around the corner. Already we can closely check out the front grille dominated by the big three-pointed star badge and flanked by the sleek headlight clusters.

Looking at the side profile, the fixed glass appears to be slightly bigger than before, which could be a sign the rear doors are a tad longer. If that’s so, it means the wheelbase has been stretched and it will pay dividends in terms of legroom, particularly for those sitting in the back. Also visible is the long rear overhang, a familiar trait ever since the CLS’ launch approximately 12 years ago.

Moving at the back, it’s pretty obvious the taillights have an entirely different appearance, not just in terms of the lighting graphics but also as far as the shape of the clusters is concerned. These are set to expand onto the trunk lid for the first time in the CLS’ existence, probably as a way to make the car seem wider when viewed from the back.

We’ve also added an older spy shot of a different prototype to refresh your memory about the interior cabin. Largely taken from the E-Class Sedan, but with the air vents of the two-door models, the test vehicle had an analog instrument cluster with physical needles for the gauges. You can still have this setup on the cheaper E models, but don’t be too surprised if the CLS will come with a digital-only layout.

Engines, technology, and just about everything you could think of will be borrowed from the E-Class. As for the more practical, yet slow-selling Shooting Brake, it’s unlikely to make a return.

The disguise should come off just in time for the Frankfurt Motor Show next month, so not too long now.