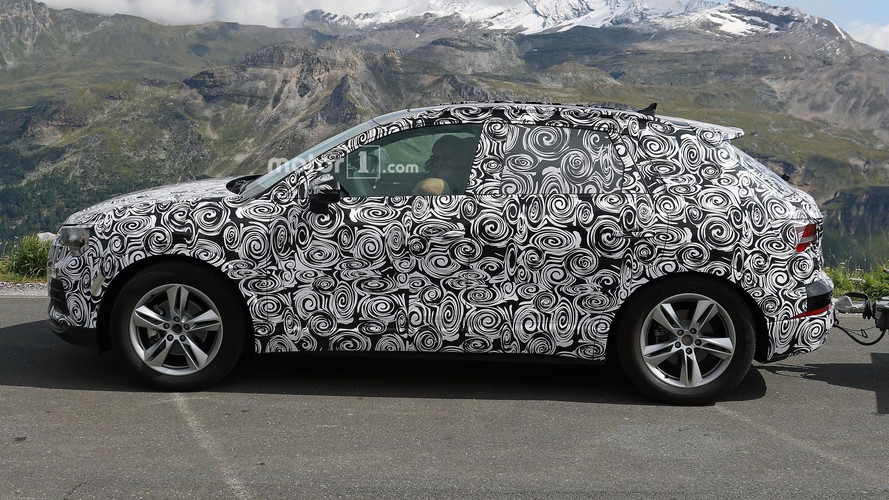 Now that Audi has the Q2 baby crossover, the new Q3 is expected to grow in size to avoid stepping on its toes.

Besides working on adding new Q models like next year’s Q8 flagship and 2019’s coupe-ified Q4, Audi is also preparing the next generation of an existing nameplate. The Q3 has been around since 2011, so it’s high time for an all-new version in this day and age with lots of crossovers fighting for supremacy in the challenging compact premium segment.

The Ingolstadt-based marque is in the advanced testing phase with the second-generation Q3 considering the prototype spotted from a close distance seemed to have all the production body panels and lights. Judging by the halogen headlights and fairly small alloy wheels, chances are we’re looking at a lesser version of the crossover.

To easily identify it as the new model, just look at the position of the side mirror caps, now sitting lower on the doors. It’s hard to say whether the next iteration of what was not too long ago Audi’s entry-level SUV will grow in size, but with the Q2 out and about, slightly increased proportions could be in the works. As for the design, it’s more of the same, but we are expecting bigger changes on the inside to bring it in line with recent models from the four-ring brand.

Much like the tiny Q2, the rival for the Mercedes GLA and BMW X1 will ride on the Volkswagen Group’s flexible MQB platform. That should shave off some of the weight, despite the very possible bump in size we’ve mentioned earlier, which should free up more space inside. By knowing what will underpin the next Q3, we also have a good idea of what will power the vast majority of the versions: an array of three- and four-cylinder turbocharged gasoline and diesel engines.

The range should kick off with the petite 1.0-liter TSI and top out with a 2.5-liter, five-cylinder mill borrowed from the RS3 and TT RS for what will be a flagship RS Q3 later in the life cycle. Audi will also throw in a plug-in hybrid powertrain for good measure. Cheaper versions will stick with a front-wheel-drive layout whereas the more expensive ones propelled by beefier engines are going to employ the grippy Quattro AWD setup.

It’s unclear at the moment of writing when exactly the wraps are going to come off, but a best-case scenario would have to be the Frankfurt Motor Show next month. If not, it will debut at one of the following big auto shows: Los Angeles (December 2017), Detroit (January 2018), or Geneva (March 2018).