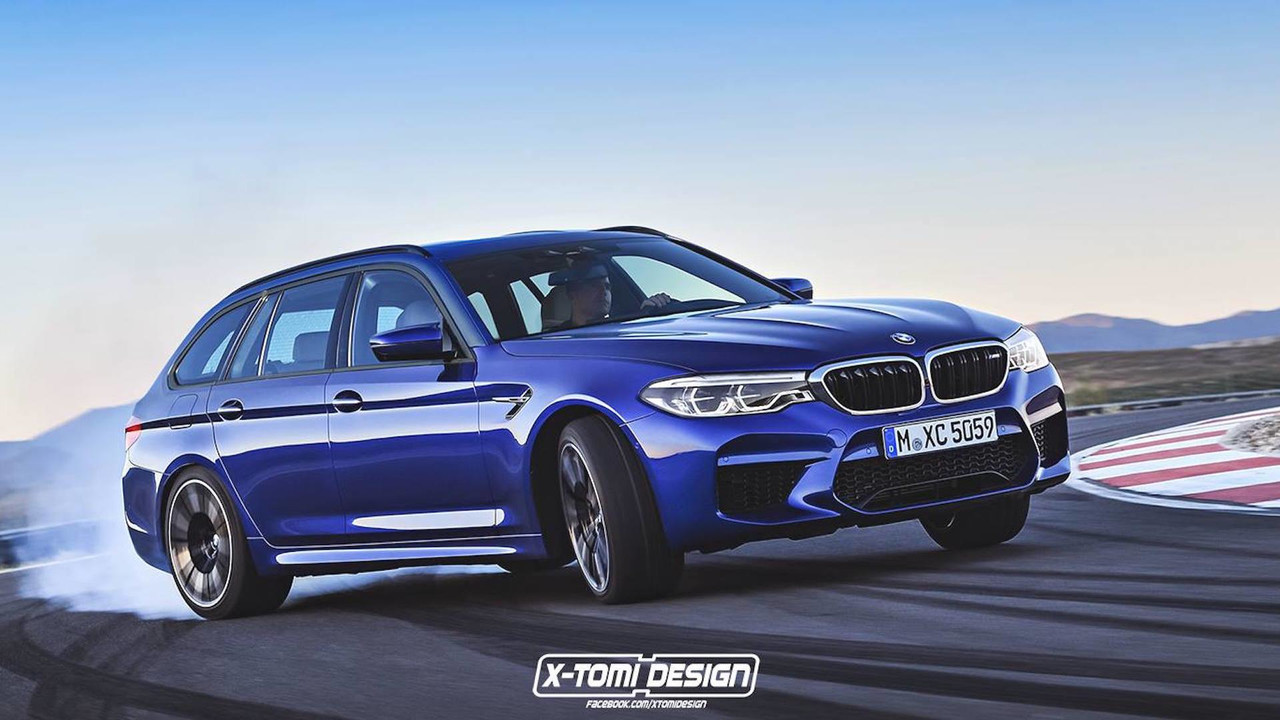 Sadly, it's just a rendering.

The arrival of the 2018 BMW M5 brought with it a more powerful engine, a lightly updated design, and some neat new performance options, like the ability to switch between two- or four-wheel drive. But the debut of the hot sedan already has us longing for something with a bit more junk in the trunk.

Thankfully, rendering artists at X-Tomi Design have come up with an M5 Touring that looks lovely with the new makeover. The last time BMW offered an M5 Touring, you may remember, was in 2007 with the arrival of the E61. Just a handful of those examples were even produced, and none were offered in the U.S. BMW skipped the touring trim altogether in the last-generation F10.

Alas, the M5 Touring remains a rendering. So far no rumors have even hinted at BMW exploring the option on the new model. Still, we can dream...