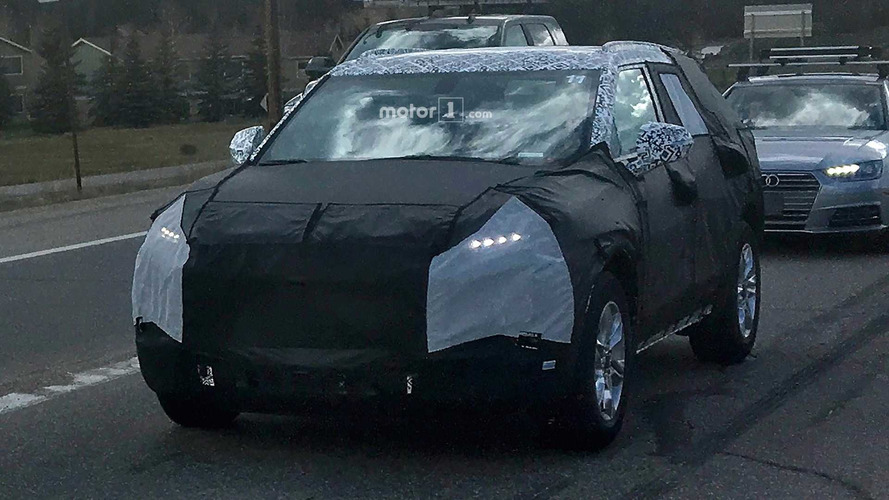 With the crossover segment hot, it only makes sense for Chevy to go all-in.

The idea Chevy would slot a new crossover between the Equinox and Traverse first came to our attention just over two years ago as nothing more than a rumor. Then, spy photos of a mystery Chevy crossover surfaced late last year and then again this past May, which are the photos you see here. The photos showed a crossover that was too big to be a Chevy Equinox and slightly too small to mimic a Traverse. Now, though, we have some confirmation the new mystery crossover will be the Blazer, according to Automotive News, and it is expected to go on sale next year as a 2019 model.

With crossovers being the hot ticket item in the industry, it only makes sense for Chevy to expand its portfolio, especially by resurrecting the heritage nameplate at a time when Ford is reintroducing the Bronco. While we doubt the new Blazer will have the off-road functionality of its storied predecessor, the new Chevy CUV could differentiate itself from its competition by offering a third row of seats, according to Automotive News. It’ll compete directly with the Nissan Murano and the Ford Edge, which are both in-between models as well – although they only offer two rows of seats.

Reportedly, the Blazer is using the same two engines found in the GMC Acadia, the 2.5-liter inline-four and the 3.6-liter V6. This is no surprise as the Acadia and Blazer will ride on the same C1XX platform that also underpins the 2018 Chevy Traverse, 2018 Buick Enclave, and Cadillac XT5.

If Chevy is aiming for a 2018 launch, we should see a production version revealed soon. The Los Angeles Auto Show is coming later this year, and then there’s the Detroit Auto Show in January. Both would be good venues for such a reveal, but exactly when we’ll see the new Blazer is anyone’s guess.