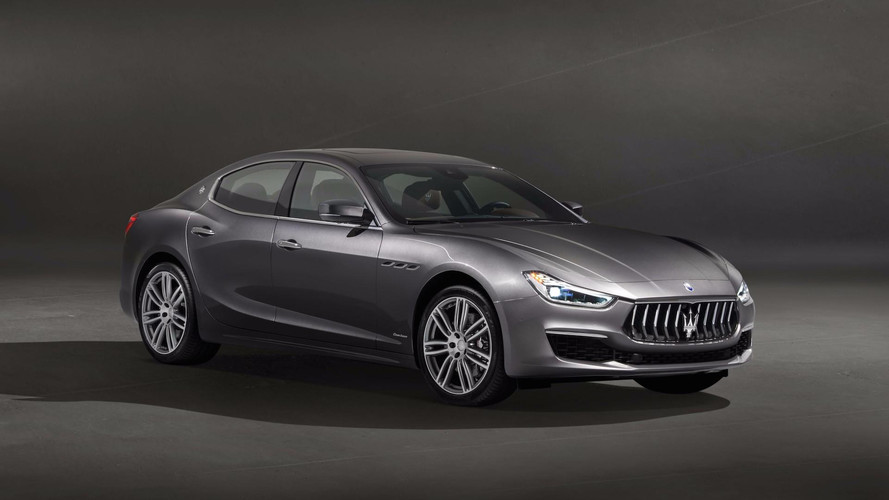 A new name, a new face, and some added tech.

At the upcoming Chengdu Auto Show in China, Maserati will unveil an updated version of its now four-year-old Ghibli sedan. Dubbed the Ghibli GranLusso, the luxury four-door will undergo a few subtle upgrades to the exterior, front and back, most notably on the fascia.

A new front bumper with chrome inserts and chrome bars in the front grille are among the most notable features, ditching the standard black trim. The upgrades remain in line with the rest of the Maserati lineup, mimicking features found on the Levante SUV and the recently refreshed GranTurismo.

The same 20-inch wheels carry over, and apart from some slight tweaking to the taillights and some added sculpting to the bumpers, upgrades in the rear go mostly unnoticeable. A new GranLusso badge is plastered prominently on the front fender just behind the wheel well. According to Maserati, the body has been "elegantly redesigned to give a new, sharper image."

Along with an updated new design, the Ghibli also gains a few minor upgrades in the equipment department. The GranLusso now comes fitted with full LED adaptive headlights with a matrix high-beam anti-reflective system, as well as a number of active driver assistance systems that allow the vehicle to drive, in part, autonomously.

Under the hood, the same 345-horsepower (257-kilowatt) 3.0-liter biturbo V6 remains, with the optional S performance package producing 404 hp (301 kW) and offering all-wheel drive. Both engines come paired to an eight-speed automatic gearbox. Apart from the added tech, the interior goes mostly unchanged. The new Ghibli GranLusso will be on display when doors open to the Chengdu Motor Show in China on August 25th.