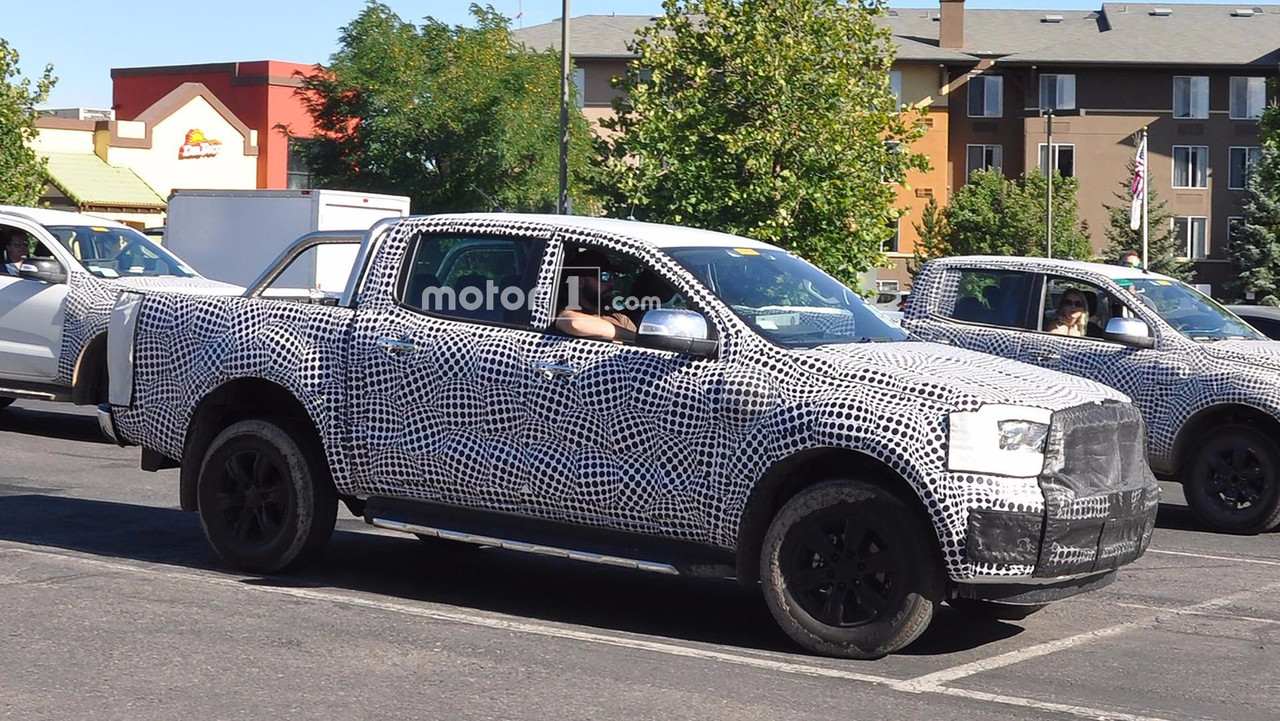 Since the sporty variant of the Ranger is testing in the United States, it hints that the model would come to America.

The Ford Ranger arrives in the United States for the 2019 model year, and a new batch of spy photos reveals the Blue Oval testing the sporty Wildtrak variant in America’s Southwest. The pictures signal that Ford is preparing a sporty variant of the mid-size truck for the future lineup in the U.S.

Compared to the standard Ranger, the Wildtrak boasts a higher ground clearance and polished bars in the bed. In other parts of the world, the truck also boasts chrome trim, but the camouflage hides those tweaks on this one. The dark wheels look attractive here.

The Wildtrak would likely fill the role as a rugged-looking part of the Ranger lineup, but it wouldn’t be as hardcore as competitors like the Chevrolet Colorado ZR2 or Toyota Tacoma TRD. Don’t worry because other photos suggest that Ford has a meaner Ranger variant on the way (spy shots below).

The Ranger would reportedly launch with turbocharged V6 and four-cylinder gasoline-fueled engine options. Ford’s 10-speed automatic might be available, too. A five-cylinder diesel is allegedly under consideration for joining the lineup later. Buyers would be able to select 4x2 and 4x4 drivetrains, and there would be Crew Cab and Super Cab bodies.

The Ranger’s price should be in line with competitors like the Chevy Colorado and Toyota Tacoma. This suggests a starting cost around $25,000, but as an upper level variant, the Wildtrak would likely be more expensive. Look for the Ranger to debut in production guise sometime in 2018. A year later, the Ranger’s platform will also underpin the future Bronco SUV. Ford will build both models at its Michigan Assembly Plant.