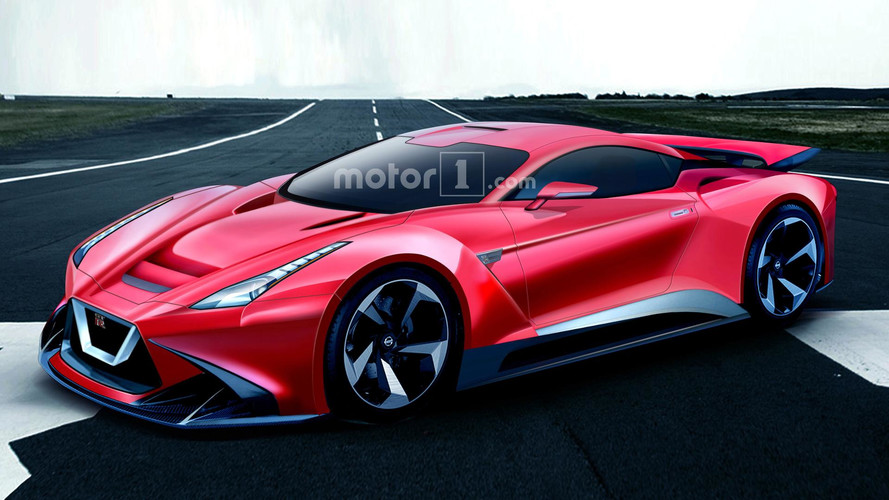 The R35 has been around for 10 years, but it won’t be until at least around the end of the decade when Nissan will finally introduce an all-new GT-R. When it will arrive, it’s going to be vastly different than the car available today, not just in terms of the underpinnings, but also as far the design is concerned. Nissan through the voice of its creative chief, Nakamura-san, hinted in an interview with Top Gear magazine a couple of years ago the striking Vision Gran Turismo concept was kind of like a preview for the R36, saying some of the elements from the front and rear will have a correspondent in the road-going supercar.

Naturally, our speculative render is based on the concept in question (pictured in its updated guise at the end of the article), but toned down a bit to make it more feasible for a production car. We can only hope the real deal will look nearly as good as this as for the moment there aren’t any spy shots that would provide a glimpse into the GT-R’s next styling direction.

In regards to the oily bits, power will be provided by a new biturbo V6 engine derived from Nissan’s now defunct Le Mans race car. This is more than just gossip as the reveal was made by a company representative involved in the LMP1 GT-R and the DeltaWing projects. His exact words were: “The 3.0-litre V6 [from the LMP1 car] is a sort of god-child of the true, road-going GT-R,” adding “it is truly an early ancestor of what will be a future Nissan GT-R engine. Bear in mind the announcement was made back in 2015, before the company’s decision to pull the plug on its WEC and Le Mans efforts from 2016 onwards. It remains to be seen whether its endurance racing exit has had an impact on the R36’s development, specifically when it comes to the powertrain.

What we do know for sure is the next-generation model will benefit from some type of electrification, with Nissan already saying a “GT-R hybrid is the obvious direction.” Some will see this as both good and bad news because while the electrified part will boost performance and efficiency, at the same time it will also take its toll on the vehicle’s weight. Some of the added fat will likely be offset by a more intensive use of lightweight materials, but overall it will still be a heavy car.

Some are saying the GT-R will be promoted to hypercar levels of performance, with a starting price to match its newly gained status. North American GT-R Owners Club co-founder, McCulloh, made the prediction last year in a talk with Auto Guide, adding the reincarnated Godzilla will begin at roughly $150,000 and max out at about $200,000. For reference, the standard model available now will set you back at $109,990 MSRP in the Premium trim, rising to $127,990 for the mid-range Track Edition, and ending with $174,990 for the range-topping Nismo.

2020 is still a long way to go, so a lot could change until then, but at least know we have a digital design exercise to ease the wait.