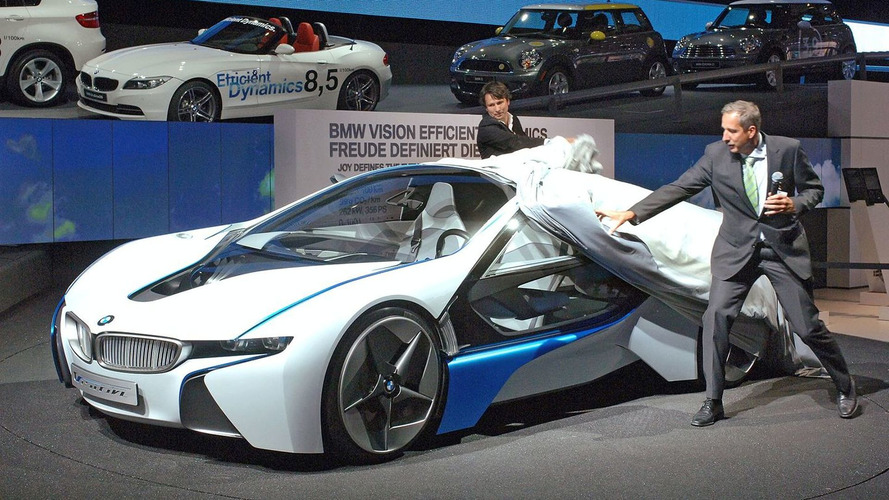 Set to revive the legendary M1 name, the fuel efficient supercar will feature styling inspired by the Vision EfficientDynamics Concept.

A new report has surfaced indicating that BMW will build a production version of the Vision EfficientDynamics Concept.

Set to revive the legendary M1 name, the fuel efficient supercar will reportedly adopt the concept's aggressive styling and advanced powertrain. Inside, the car will feature a three-dimensional head-up display, a "digital dash" and a two-plus-two seating arrangement.

Like the VED concept, the M1 will be powered by a three-cylinder turbo-diesel engine and an electric motor. While details are limited, the combined output is expected to be more than 350 bhp and 800 Nm of torque. If these figures are correct, the M1 will likely accelerate from 0-60 mph in less than five seconds, before hitting an electronically limited top speed of 155 mph.

According to an Auto Express source, the engine is almost production ready and some of the hybrid components will be taken from the X6 ActiveHybrid.

If BMW is planning on production, look for a launch in 2012.