Toyota Supra To Have 400+ HP from V6 Turbo, Says Insider 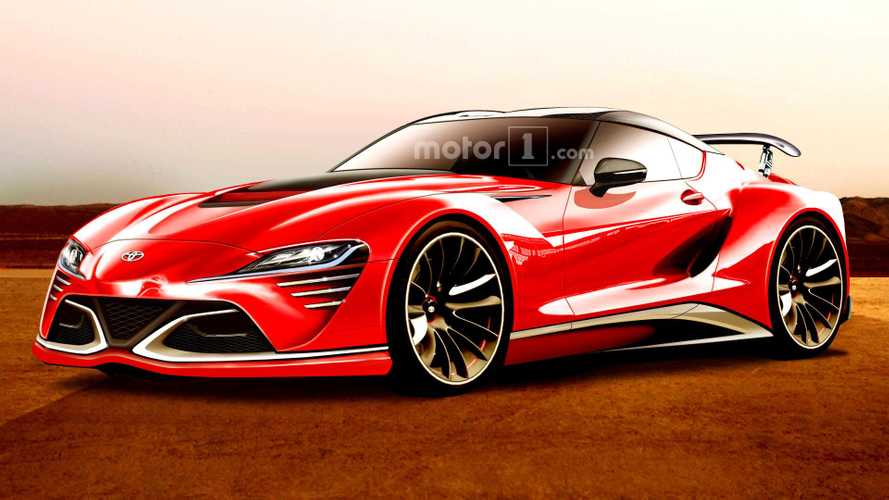 The same source indicates it will be out early 2019 with a manual gearbox.

A couple of weeks ago, some precious details emerged about the BMW Z4 successor / Toyota Supra reboot joint project. Now, a member of the IH8MUD forums has decided to share the juicy details he managed to obtain after speaking with a Toyota representative, who was generous to spill the beans about other future models as well. But first, let’s hear what he had to say about the hotly anticipated Supra.

The six-cylinder engine mentioned in the previous report won’t in fact be BMW’s silky smooth inline-six as the model will use a new engine developed together by the two automakers. Dave admitted the unit in question might be a turbocharged 3.5-liter V6 with “north of 400 hp,” but without revealing an exact horsepower figure. He did point out a manual gearbox is in the offing, despite the fact some voices are saying the Supra will be auto-only. He went on to specify a hybrid derivative might happen as well, probably later on in the model’s life cycle to serve as the range topper.

As to when Toyota will effectively launch the long-awaited new Supra, Dave said it’s slated for a release at the beginning of 2019. However, we probably won’t have to wait so long to see it considering a recent report coming from Auto Bild indicates the sporty coupe will be introduced at the Tokyo Motor Show late October this year, albeit it will likely be a concept rather than the full production model.

During the same interview, the Toyota rep revealed the company does not have any plans – at least for the time being - to resurrect the FJ Cruiser. That’s kind of a disappointment taking into account the FT-4X concept unveiled earlier this year in New York as a potential preview for a successor.

As for the 300 Series Land Cruiser, we will have to patiently wait for a few years to see it in the metal. When it will arrive, Dave hinted it will be powered by a new engine, possibly turbocharged.  Meanwhile, the current 200 Series won’t get a diesel in the United States as the 5.7-liter V8 gasoline engine ticks all the right boxes in Toyota’s opinion. In addition, installing a diesel engine that would meet U.S. emissions regulations would require investing millions of dollars and it’s simply not worth the effort.

Don’t hold your breath for a rugged TRD Pro version of the Land Cruiser, be it the current model or the next generation, which by the way will continue to have a body-on-frame architecture.

When asked about the prospects of a shorter wheelbase vehicle with 4x4 capabilities to go after the Jeep Wrangler, Dave said Toyota won’t be going down that road since it doesn’t have a solid business case to back it up.

Considering the info comes straight from a Toyota representative, this is more than just water cooler gossip.