Audi Patent Maximizes A Hybrid's Electric Motor Along A Route

The tech would mean lower tailpipe emissions, while allowing for more efficient use of the electric motor and combustion engine.

A new patent registration outlines Audi’s method of finding a hybrid vehicle’s most efficient navigation route. The technique works dynamically and can adjust depending on the model’s current operation and the predicted future.

Audi’s hybrid-minded navigation system would examine the intended route and plan a way to maximize the use of the electric motor on the trip. The drivetrain’s current status would be part of the calculation, so the route from a fully charged battery and a nearly depleted one would be different. The tech would also be aware of the combustion engine’s ability to charge the battery and could adjust the route to maximize that capability. 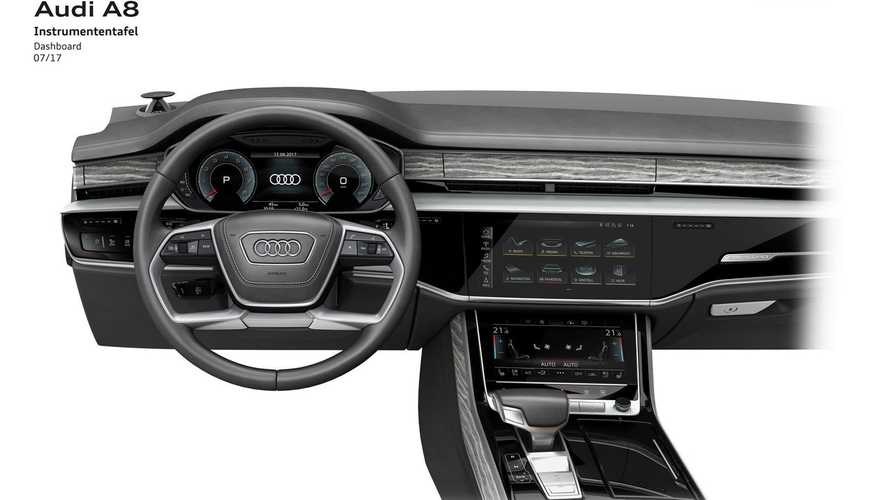 The system could combine these two elements, too. For example, the navigation might offer the driver an option for a route that would only use the battery and one utilizing both the EV and combustion drivetrains. A person could even select a point along the route from which he/she only wants to run only on the electric motor.

Audi’s patent doesn’t assume that this technology would only be for autonomous vehicles, and humans often don’t drive at maximum efficiency. Therefore, the system would be able to adapt the route if the predicted amount of EV range changes during the journey.

According to Audi’s patent, owners of hybrid vehicles, particularly plug-ins, “ideally want to cover the entire route with electric driving capability.” Conceivably, this patent would make that experience more common, and this would come with the extra advantage of decreasing tailpipe emissions.

Automakers have been getting clever about using navigation to maximize efficiency recently. For example, Toyota recently filed for a patent on technology that planned a route that put a vehicle under the sun as much as possible. The idea amplified the charging for a roof-mounted solar cell.