Lexus RX With Three Rows Of Seats Spied Under Development

Design tweaks to the rear end would maximize room for folks sitting in the rear.

New spy photos provide our first look at Lexus’ variant of the RX crossover with three rows of seats inside. Previous reports confirmed the model’s existence, but there haven’t been pictures of the vehicle in the wild. 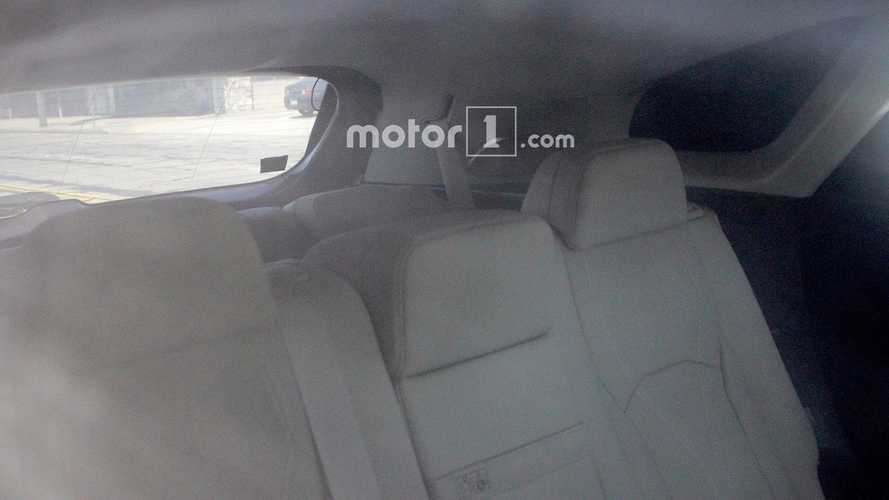 Lexus keeps the test mule under heavy camouflage, but the little of the front end that’s visible doesn’t suggest any major changes. The bigger tweaks are at the rear. The back section of the roof appears flatter, and the tailgate is more upright than on the current model. The overhang is larger, too, but the wheelbase seems the same. These adjustments would maximize space for folks in the third row. 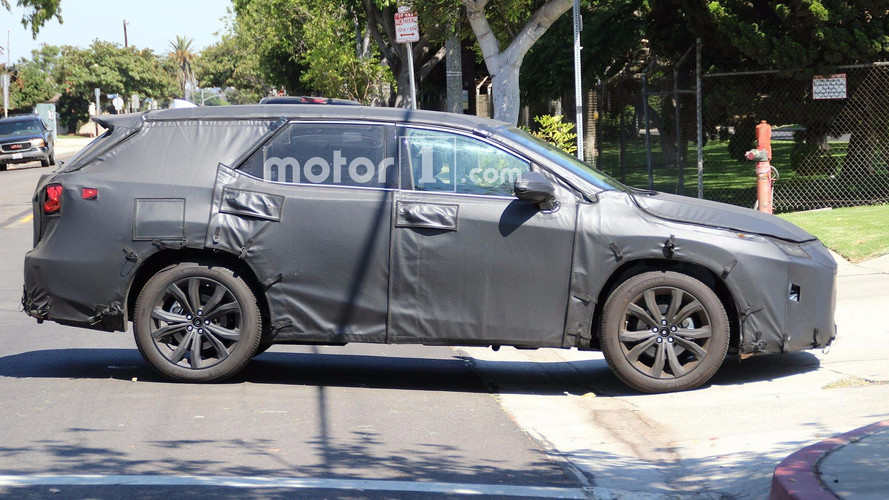 Other than the extra space, the three-row RX would be mechanically identical to its existing model. The standard engine would be a 3.5-liter V6 with 295 horsepower and 267 pound-feet of torque, and an eight-speed automatic would route power to the front or both axles, depending on options. The other choice is a hybrid 3.5-liter V6 with a total output of 308 hp. 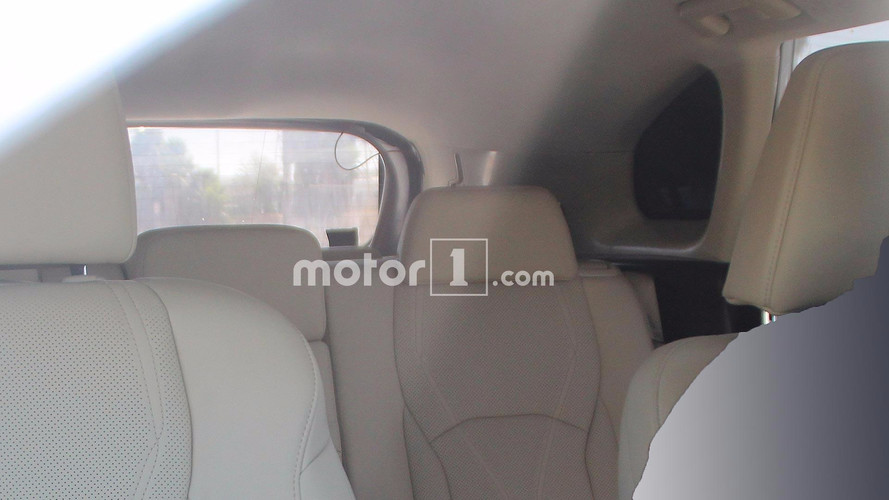 Lexus already offers the GX and LX SUVs with three rows, but these models are significantly larger than the RX. By fitting the smaller model with a third row, Lexus can appeal to buyers that like the RX’s size but need some extra seats occasionally. Customers in the United States and China would probably find this combination especially tantalizing.

The three-row RX would reportedly debut in late 2017 or early 2018. A recent rumor suggests to an unveiling at the Tokyo Motor Show, which opens to the press on October 25. The two-row model starts at $44,215 for the internal combustion model and $54,030 for the hybrid after destination in the United States. Expect the larger variant to cost even more.