This example provides a better look at the headlights and active wing at the rear.

A new batch of spy photos reveals AMG’s upcoming sedan with the least camouflage yet. These pictures finally show the teardrop roofline that flows down to a rounded rear end.

In front, the production version of the sedan looks a lot like AMG’s four-door concept. Both of them feature a broad grille with vertical slats and LED headlights that arch diagonally into its corners. Mercedes’ camouflage doesn’t hide the large corner intakes very well, either. 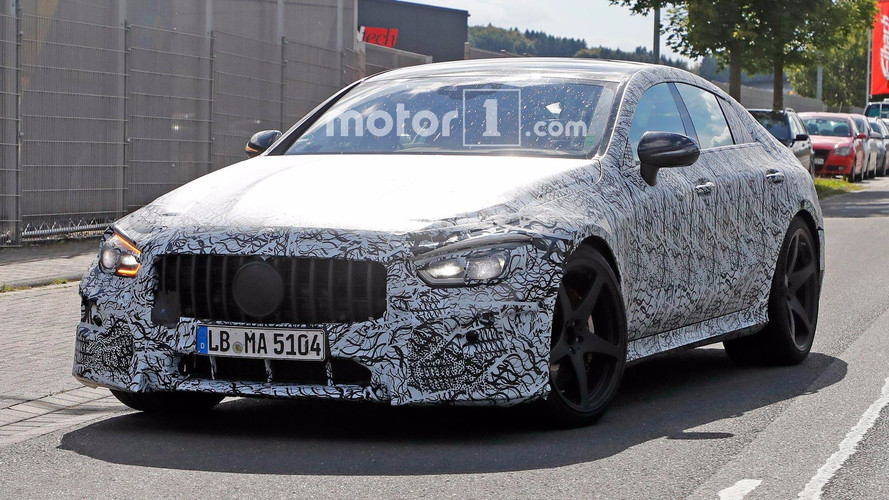 In profile, the AMG sedan features a long, gently arching hood. The rearward swept A-pillars create the initial curve for the roofline that runs all the way to the tail. The aerodynamic design gives four-door a mix of high-end handsomeness and a sporty aesthetic. Previous spy photos showed the sedan with an ungainly hump at the rear. 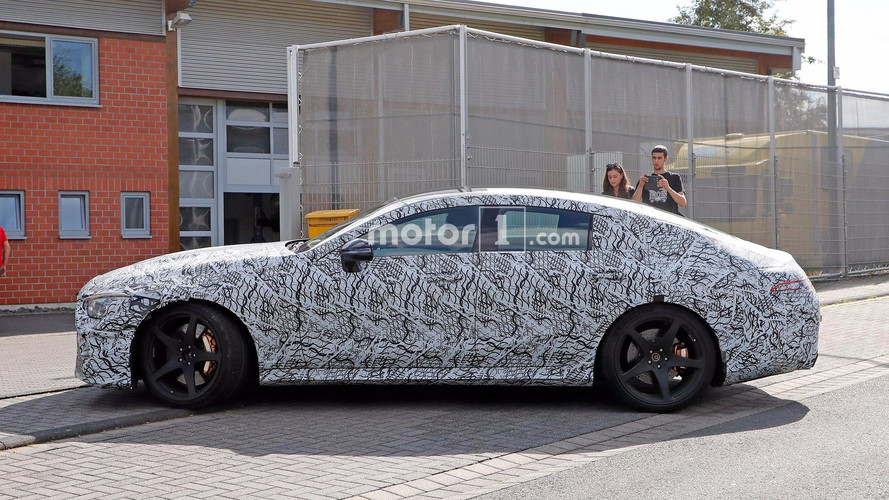 At the tail, the LED taillights look similar to the units on the concept. A pair of large exhaust outlets emerges from each corner. 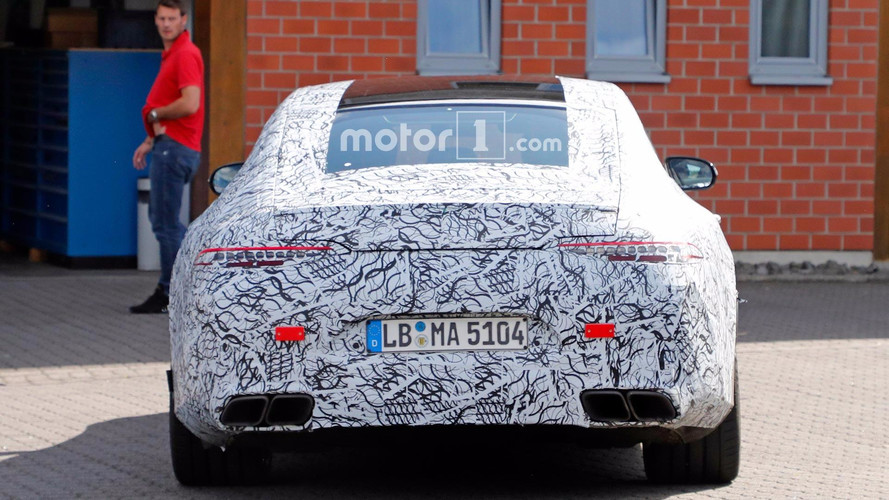 The AMG GT sedan, which might carry the GT4 moniker when it goes on sale, would be a rival for the Panamera, but in these shots the Mercedes appears to be a little smaller than the Porsche. Power would likely come from the 4.0-liter biturbo V8 that’s available in a variety of AMG vehicles. A performance-oriented hybrid drivetrain with all-wheel drive might be available, too, which could have a total output of around 805 horsepower (600 kilowatts).

Mercedes-AMG debuted the four-door GT concept in March at the 2017 Geneva Motor Show. Given the state of development on display here, it’s possible the production version could arrive at the same show in 2018. The company already confirms the model’s arrival to the United States in 2018.