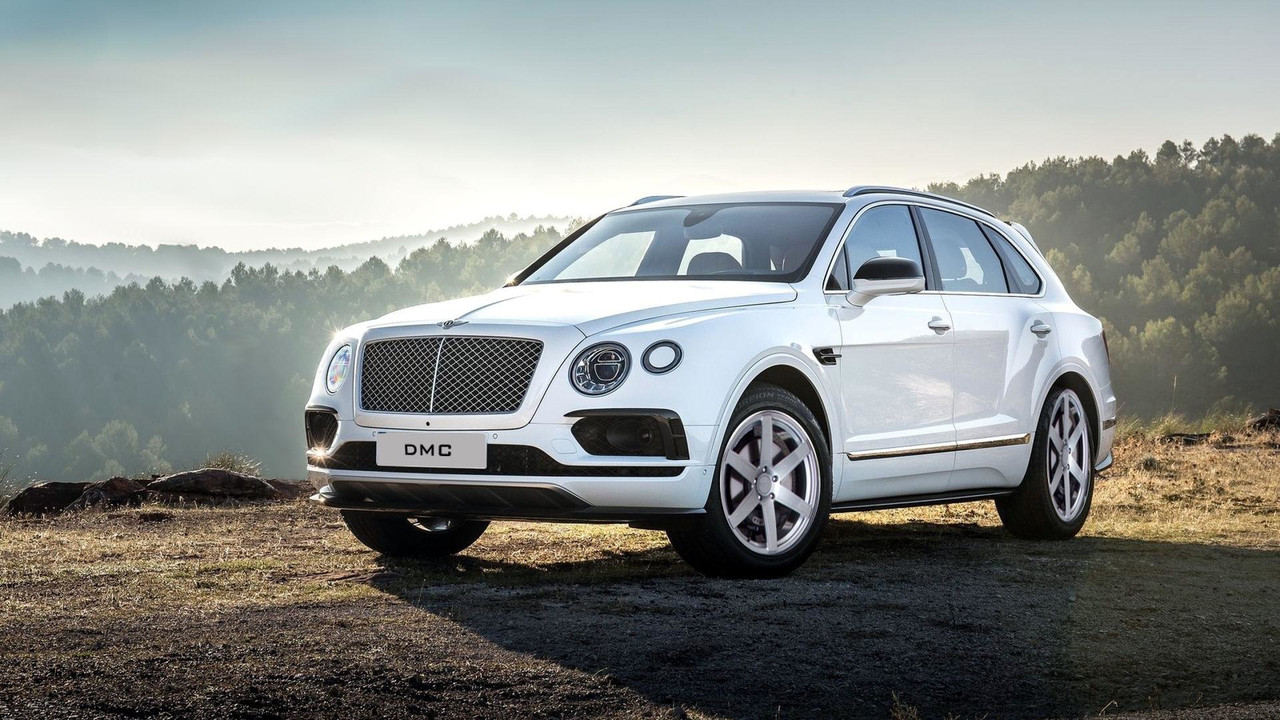 Gargantuan 24-inch wheels are available if you really want to stand out.

If you look up the word opulence in the dictionary, there’s a good chance you’ll find the Bentley Bentayga on the list of synonyms. DMC has managed to make the super-luxurious SUV even more of an attention-grabber by dressing it up in a carbon fiber suit. The tuner isn’t saying anything for the moment anything regarding the diet brought by the low-fat body parts, but any pound shaved off would help considering the vehicle tips the scales at a hefty 5,379 pounds (2,440 kilograms) with the W12 engine. It’s even heavier if you go for the diesel variant with seven seats as that one weighs an astounding 5,595 lbs (2,538 kg).

The carbon fiber bits and bobs are actually about styling in order to lend the Bentayga an even more imposing figure. Up front there’s a new spoiler lip to create the illusion the vehicle is wider while the trim pieces around the vents come to further cement that look-at-me vibe Bentley’s first SUV is sending.  Mirror covers and new trinkets for the side vents can be had as well, but most of the work was put into modifying the rear end with a prominent roof-mounted spoiler and a reshaped diffuser boosting airflow.

DMC says the Bentayga now looks like a supercar, though we’re not so sure about that. The W12 engine we’ve mentioned earlier no longer produces the standard 600 horsepower (447 kilowatts) and 664 pound-feet (900 Newton-meters) of torque as the biturbo 6.0-liter has been dialed to an immense 705 hp (526 kW) and 778 lb-ft (1,055 Nm). The power kit was first implemented at the beginning of the year in a bright orange example.

There’s no word about the 0-62 mph (0-100 kph) performance, but the standard W12 Bentayga is already seriously quick for a vehicle of this size and weight taking into account it needs just 4.1 seconds to complete the run or a tenth of a second less until 60 mph (96 kph). DMC has revealed top speed has been slightly raised, from the regular 187 mph (301 kph) to 193 mph (310 kph).

To top it all off, there are 24-inch (!) alloy wheels available at an additional cost.