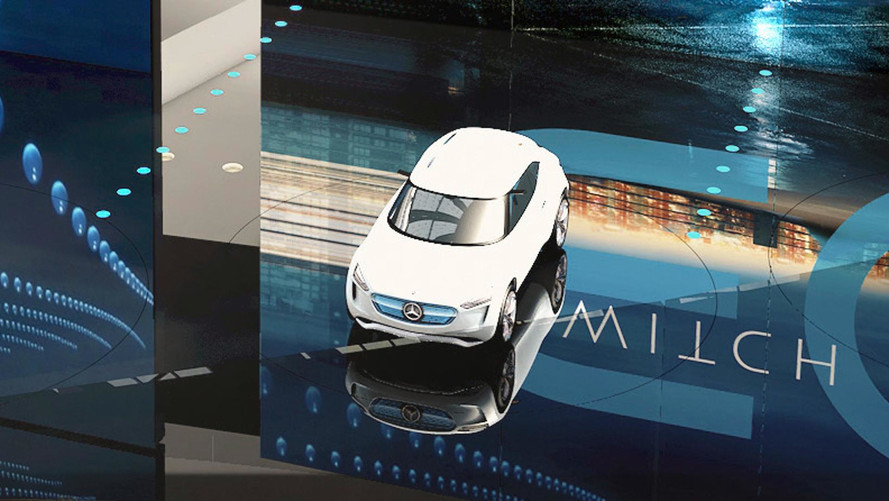 Heading to Frankfurt, the showcar will preview a future electric compact model.

In the very same render possibly showing the Project One, we get to see the new EQ concept bound to be displayed at the Frankfurt Motor Show next month. While the original EQ unveiled at last year’s alternating Paris event was a crossover, the new one seems to take the shape of a tall hatchback / small CUV riding on a set of large alloy wheels, typical for a showcar. That being said, looks can be deceiving. Here's why:

Much like the aforementioned Project One (not confirmed) looks a lot like the 2014 Vision GT, the new EQ appears to be cut from the same cloth as another Vision concept, particularly the G-Code unveiled in China a little over a year after the futuristic coupe. It might be a sign the renders are not actually depicting the real concepts heading to IAA and are simply placeholders to keep us in suspense until the actual reveals.

The company doesn’t go into any details about the new concept, other than saying it belongs to the compact segment and foretells Mercedes’ electric agenda heralded by the newly established EQ sub-brand of EVs. The front grille illuminated in blue is different than what the zero-emissions vehicle exhibited last year had, but it goes to show this will likely be a common trait among EQ models to make them stand out from the crop of conventionally powered Mercs.

The two will be joined by yet another showcar, this time coming from Smart. On display will be the GLC F-Cell EQ Power, also a concept, as well as the facelifted S-Class Coupe and Cabriolet (including the AMG models). The X-Class posh pickup truck is heading to Frankfurt as well to be a part of what will be a strong convoy of roughly 100 vehicles.

The show will open its doors to the press on September 12, but Mercedes will get a head start by organizing a media event the night before.