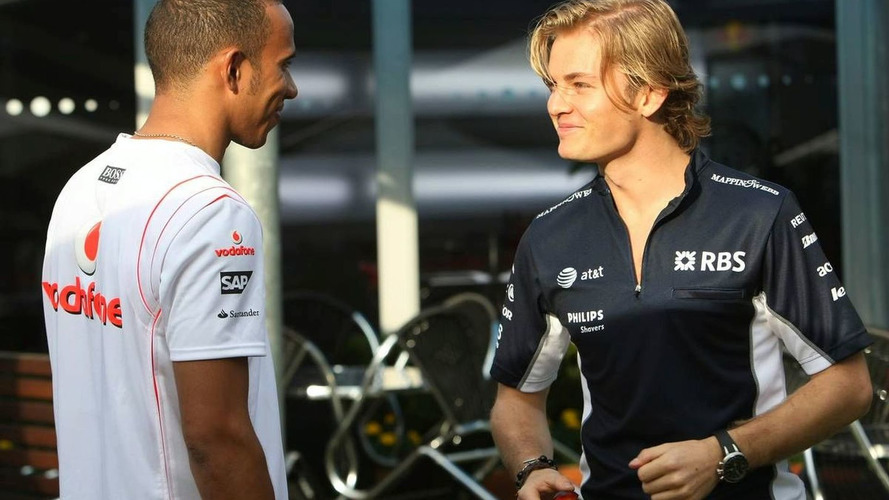 Piquet Jr, 23, admitted to crashing deliberately during the Singapore GP last year and blew the whistle on his co-conspirators Flavio Briatore and Pat Symonds, who were ousted by Renault and banned from motor racing.

The Brazilian driver, however, emerged without sanction due to an immunity deal with the FIA, even though he had already been sacked by Briatore.

"The only thing I don't quite understand is (why) Nelson Piquet didn't get anything," German Rosberg, who drives in F1 for the British team Williams, told the Singapore daily Today.

"For me, he's just as involved as the others because he is the one who actually did it and agreed to it," the 24-year-old added.

Reigning world champion Hamilton has a different view, having gone wheel-to-wheel with Piquet as rivals for the GP2 title three years ago.

The Briton said he hoped to see Piquet Jr back in F1 some time.

"He's a good driver and he's had a great career, so who knows?" Hamilton, 24, told reporters during the McLaren media 'phone-in' this week.

"For sure, there are opportunities for him in the future and I can only wish him the best," he added. "He's still very young, he's experienced and he'll take it in his stride."