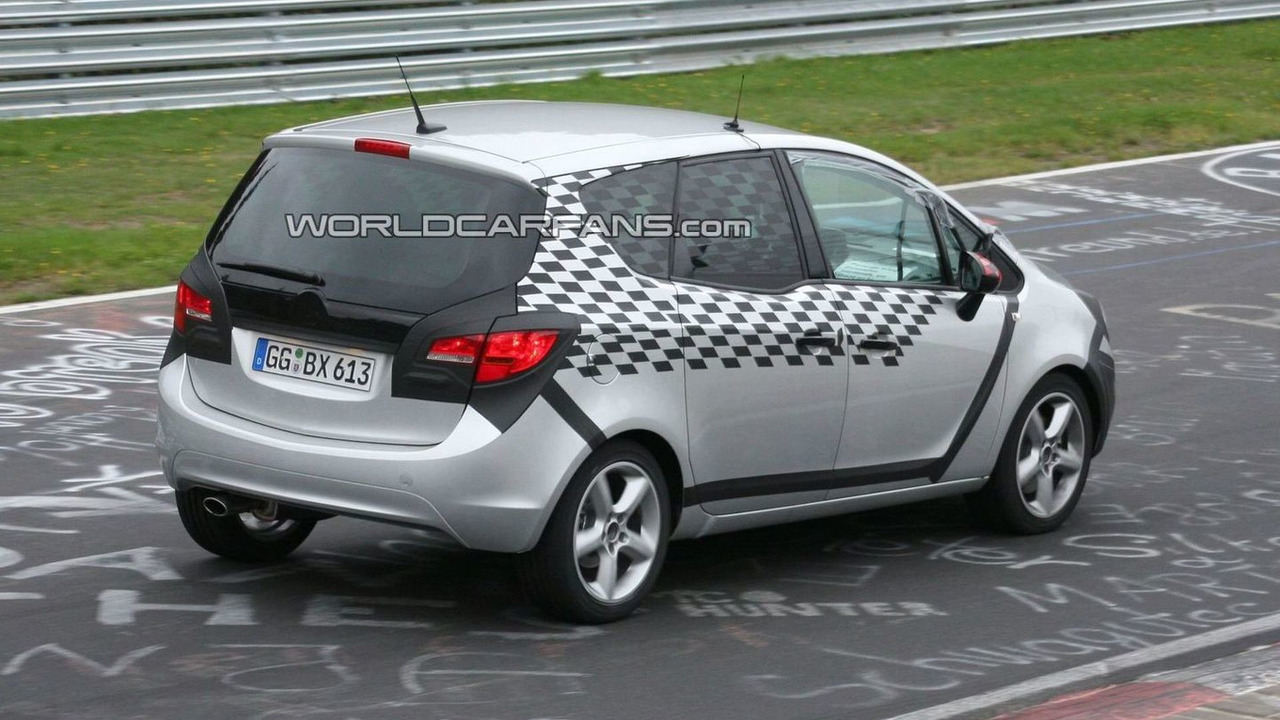 New spy photos of the Opel Meriva have surfaced, now with a clearer look at the side windows.

The new Opel Meriva was spied once again, with less camouflaging as the last time.  Caught on the 'Ring, the Meriva is showing its unusually-shaped rearward side windows, and the rather standard door handles.  However, emphasis is placed on the forward position of the rear door handle indicating the FlexDoor system in play.

Opel's small MPV was anticipated for an unveiling at the Frankfurt Motor Show, though others say the vehicle will be introduced later in the year.  It is based on the Meriva Concept, seen at the 2008 Geneva show, and is believed to be using the Small Common Components and Systems (SCCS) rendition of the GM Gamma platform.

Despite the design masking, we can still see the Opel lineage in this MPV.  The roofline is very similar in look to the Opel Astra, while the grille has a resemblance to the Opel Insignia.

Engine choices on the new-look MPV should include naturally-aspirated and turbocharged variants of a 1.4-liter petrol engine.  The turbo cranks out around 137 hp.  Meanwhile, four diesel options will range up to about 155hp.