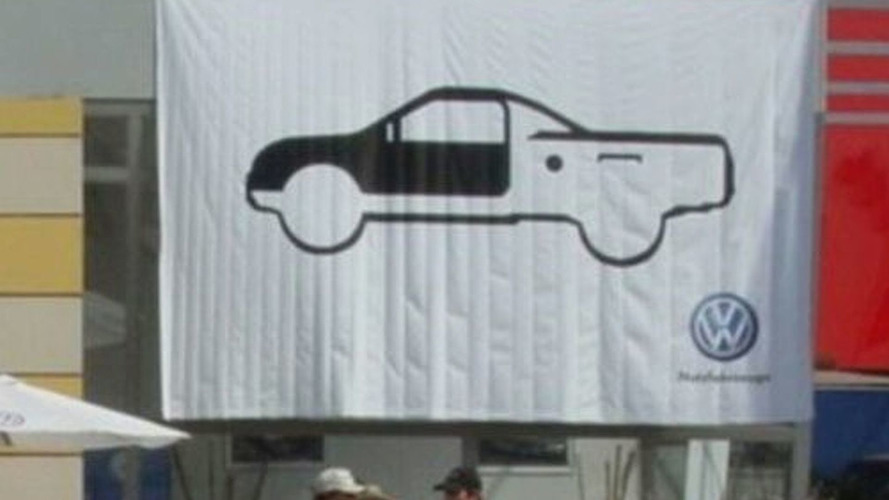 Volkswagen reveals first sketch of its medium-sized pick-up truck in a fair in Argentina, country in which the vehicle's production will be held.

Volkswagen’s medium-sized pick-up truck has already made some disguised appearances, first as a Toyota Hilux and, then, as a VW Caddy (in fact, we are still trying to figure out what would that Caddy with a solid rear axle be…), but this is the first time it is shown with no disguise, and by official means. Not that this drawing shows much, but, at least, it gives us a hint on what the Robust/Taro will look like.

The name of the pick-up truck could also have been disclosed at the Argentinean fair Expoagro, but all VW has revealed is already known: “La pick-up de Volkswagen para el campo. Hecha en Argentina”, or else, “Volkswagen’s pick-up truck for the field. Made in Argentina”. Although it is internally called “Robust Pick-Up”, or RPU, it may also be called Taro, the name used by VW to sell a rebadged Hilux that was produced both by Volkswagen and Toyota from 1989 until 1997. Since its is an speculation, it may also be called anything else...

Engines are expected to be turbodiesels, but there may be gasoline powerplants if plans to export the pick-up truck to the USA get the green light. There will be a four-wheel drive version of the new Taro and rumours are that the 2WD version will be front wheel drive, but we would bet on a rear wheel drive pick-up truck, especially considering its size and the heavy duty it may be subject to. Sources state it will be able to carry up to 1.5 ton.

Besides the Taro (or Taro II), a SUV based on it is also expected. It would be called Namib and would be a lower-cost option to the Touareg, what helps explain why the AAC was never produced as it has been presented. The Touareg is considered to be too expensive for emerging markets and very sophisticated even in European markets.