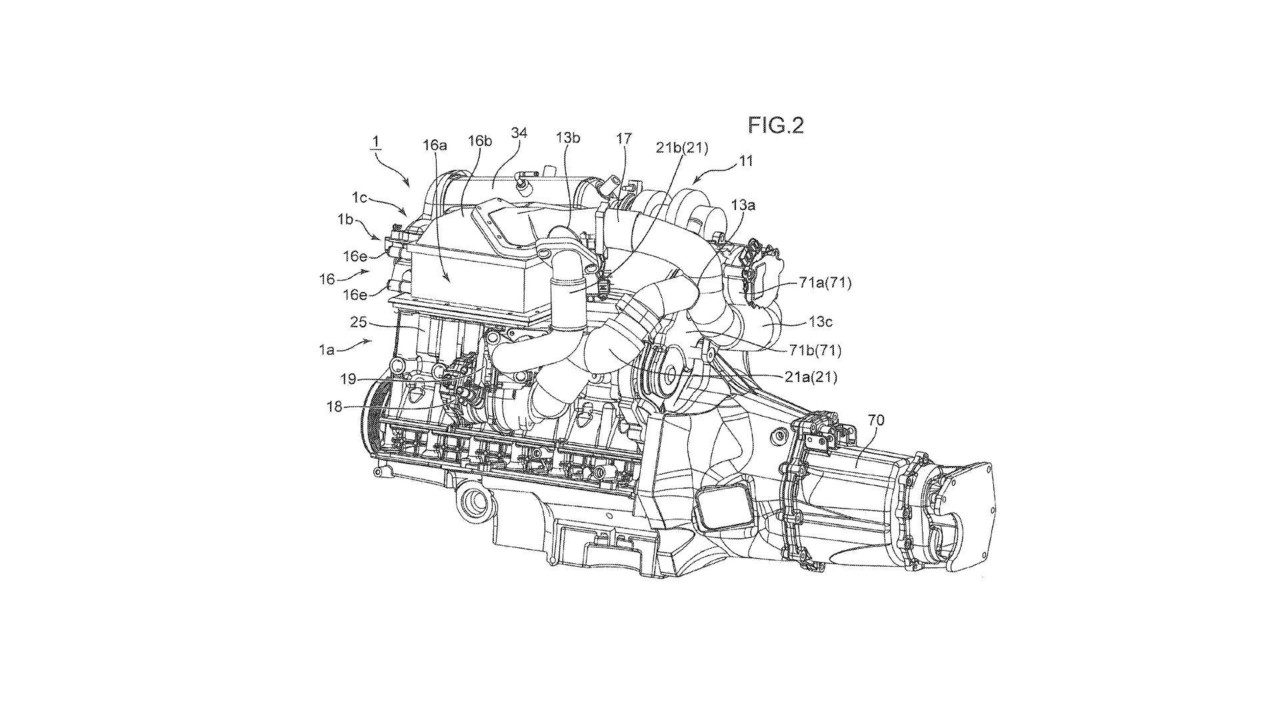 Will it reach production in an RWD coupe?

Just a week after it announced its plans for a revolutionary sparkles gasoline engine, Mazda has filed a patent application for another impressive technology that might give the good old ICE a fresh breath of air. What we see in the attached images is an engine that uses two conventional turbochargers and an electric supercharger.

It’s not a completely new idea as Volvo proposed a similar 2.0-liter four-cylinder motor a few years ago, but the Swedish company never did enough to put it on the production line. This new patent suggests Mazda is eager to bring it to the market.

Motor Trend points out that this new engine is “clearly meant for a rear-wheel-drive car,” which makes us even more excited about it. We don’t know its displacement, but it already seems too complicated and, probably, too big and powerful for the Miata, so another RWD car should be the answer. One possible and more plausible option would be a larger sports car, something like a non-rotary successor for the RX-8.

However, a Wankel-powered Mazda RX-9 is rumored to debut during the 2017 Tokyo Motor Show in late October, going on sale by the end of next year. Preliminary details suggest it would be heavily inspired by the 2015 RX Vision concept and could have up to 400 horsepower (298 kilowatts) from its rotary engine.

Keep in mind that patent filings don’t automatically mean products, so we will have to wait and see whether Mazda has any plans for its three-turbo engine.