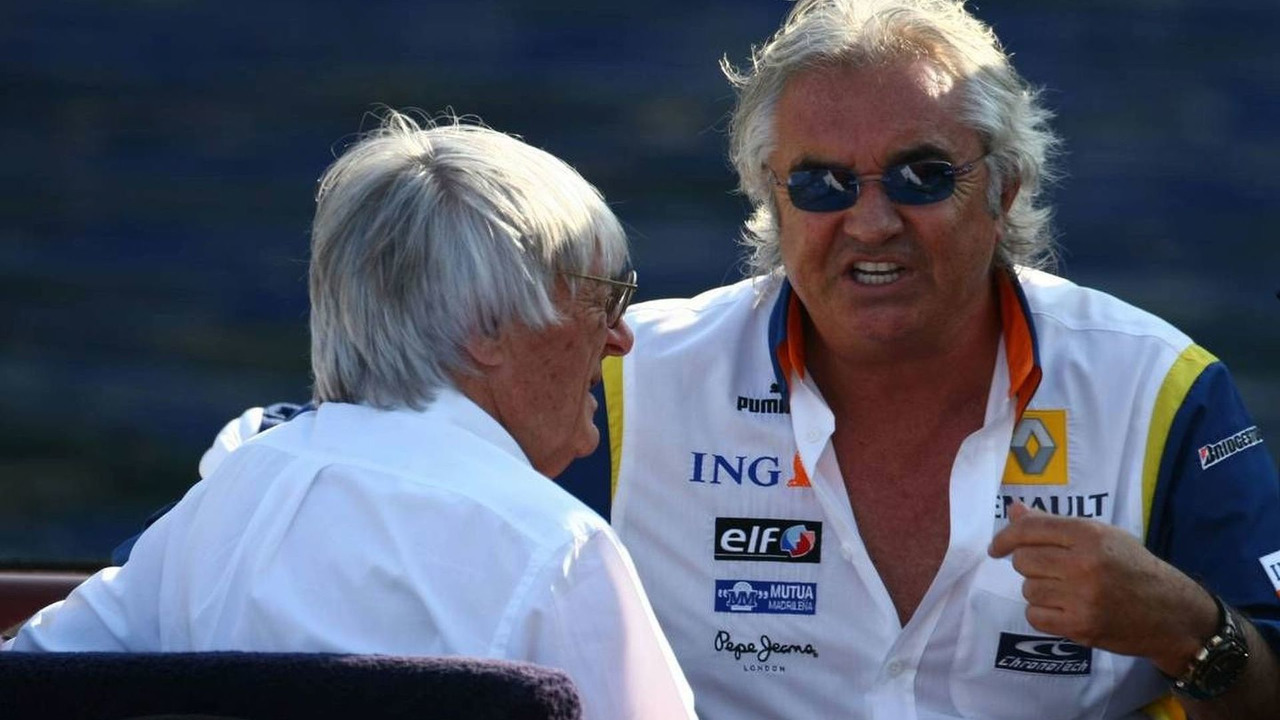 Bernie Ecclestone is a known friend and business partner of Flavio Briatore, but he doubts the disgraced Italian's next rumoured move is a good one.

In the wake of 59-year-old Briatore's lifetime ban from any involvement in motor racing, the Italian press sensed a conspiracy and reported that Briatore might now commence legal action and resurrect his plans for a 'breakaway' formula one series.

Briatore, formerly a leading figure of the carmaker-dominated FOTA group, was a major engine of the push to form an alternate championship amid the rules war with FIA president Max Mosley.

But Ecclestone told The Times newspaper that if the breakaway could not be established amid the turmoil of earlier this year, Briatore's chance of success is even smaller now.

"Well, he's going to find it difficult because the FIA controls most of the circuits, the key people and everything else," the F1 chief executive said.

"When he had a following wind earlier this year, he couldn't get it done so it's going to be even harder now. He wouldn't get a following from the people that matter," Ecclestone added.

The FIA's ban would also be an obstacle for Briatore, with the Paris body saying it will never "sanction any International Event, Championship, Cup, Trophy, Challenge or Series involving Mr. Briatore in any capacity whatsoever".

Ecclestone said he feels sorry for Briatore, and revealed that he informed the flamboyant Italian of the World Motor Sport Council's decision by telephone.

"I thought the punishment was probably a bit harsh but I don't know how it can be changed. I don't think he deserved it. I think he should have had his hand slapped," the Briton said.