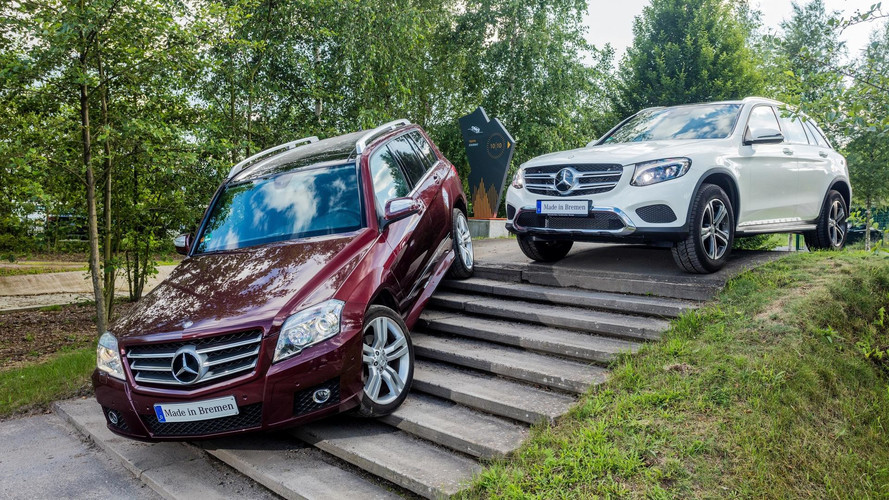 China has been a driving force behind the crossover's success.

Mercedes’ crossover started out in life as the GLK in 2008 before switching to the GLC moniker for its second generation launched in 2015. Now, the premium compact crossover carrying the three-pointed star badge has reached an important sales milestone after more than one million units delivered. It’s by far the most popular CUV in the company’s current range and demand keeps on going considering more units of the GLC were sold in the first half of 2017 than ever before during the January – June interval.

China is a huge market for the GLC taking into account about half of the total deliveries take place in the People’s Republic where two out of three GLC buyers are under the age of 40. Another important market for the crossover would have to be the United States where almost half of the buyers are women. Other countries where the model is a sales hit include homeland Germany, as well as United Kingdom and France.

Production take places at three different factories: Bremen in Germany (from 2008), Beijing in China (from 2015), and in Finland (from 2017). At the factory in Deutschland, Mercedes also puts together the “coupe” version together with the heavily related C-Class in sedan and wagon body styles.

Thanks to a plethora of customization options, dozens of colors, trim choices, and nine different engines, Mercedes is confident to report there aren’t two GLCs alike on the road today. The extensive lineup caters a wide array of customer tastes, including those valuing efficiency by opting for the GLC 350e 4Matic while at the top of the range sits the GLC 63 for those with a thirst for AMG V8 power.

If you’re wondering about the origins of the crossover’s moniker, the “G” is a nod to Mercedes’ legendary G-Class; the “L” represents luxury, and the “C” showcases its connection to the C-Class.

Since the market launch in 2008, the sales figures of the successful GLC and its predecessor GLK reached more than one million vehicles. The model is produced at the Mercedes-Benz plant in Bremen and shipped globally.

Did you know that…

…the abbreviation GLC has a meaning? The "G" refers to the prime father of the SUVs, the "L" stands for luxury, and the "C" indicates that the GLC is part of the C-Class segment.

…the GLC plays an important role in China especially? About one in two GLCs is sold to a customer in China today. Other key markets are the USA, Germany, Great Britain and France.

…the GLC comes off the assembly line in the largest production building of the Bremen plant? It is built there on the same line as the C-Class Saloon, the C-Class Estate and the GLC Coupé in a flexible mix.

…the GLC is produced not only in Bremen and Beijing? Due to strong demand, contract manufacturer Valmet Automotive has been producing additional units of the GLC at the plant in Uusikaupunki, Finland, since 2017.

…every GLC is unique? Statistically, no two GLCs are alike due to the different equipment variants and optional features. There are a dozen colours alone to choose from and customers can order the GLC in iridium silver, cardinal red or lunar blue, for example. No less than nine different engines are available.

…our customers feel very safe in the GLC thanks to a host of safety systems and the typical SUV characteristics? In Germany, 85% of customers list "safe" as the top characteristic.

…the design is particularly popular in China and is a key reason to purchase? The GLC customers in China are also extraordinary young. Two out of three buyers of the GLC are under the age of 40.

…in the USA especially women favour the GLC? Almost half of all GLC drivers there are women.