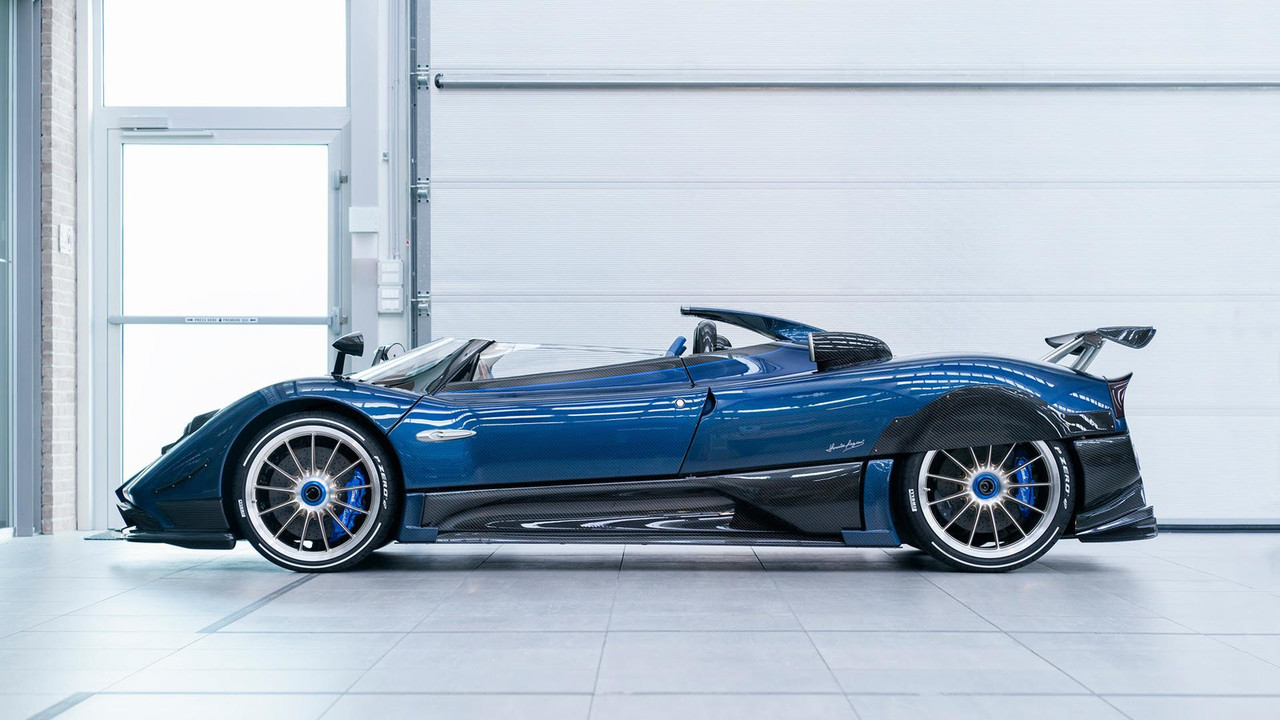 From the chopped windscreen to the partially covered rear wheels, this Zonda stands out.

Pagani originally introduced the Zonda back in 1999 at the Geneva Motor Show and was supposed to retire the AMG-powered hypercar in 2013 with the track-only Revolucion. However, customer demand continued to exist even after the Huayra’s launch, prompting the Italian high-end marque to keep the Zonda alive through a multitude of one-offs.

This one is a bit different than the others as it is not en route to a customer since company founder Horacio Pagani himself commissioned the HP Barchetta. The biggest change compared to other Zondas is the narrow windscreen lending the blue creation a special look while the partially covered rear wheels akin to the Zozo special edition are also a nice touch. Add into the mix the tartan interior cabin, a six-speed manual gearbox, and the body-hugging seats adapted from the Huayra BC – and you end up with one of the most striking Zondas ever made.

Speaking of the Huayra BC, its Pirelli P Zero Corsa tires are now wrapping the 20-inch front and 21-inch rear forged wheels of the HP Barchetta, which also takes advantage of some other features implemented in the Huraya BC and Roadster. Pagani’s Uno-di-Uno division responsible for limited-run projects did an amazing job as the unique Zonda manages to stand out even though it’s technically based on a nearly 20-year-old model.

A multitude of aerodynamic tweaks are visible, such as the front canards, Cinque-like central scoop, and the massive rear wing to make sure the newest Zonda remains glued to the road at all times. One rather unusual feature is the different design of the wheels from one side to the other, with all four linked to massive blue brake calipers complementing the body’s lovely shade.

All things considered, the suitably named “HP Barchetta” would be a good solution to serve as the very last Zonda, though we’re not so sure it will act as the model’s swan song since wealthy customers can’t seem to allow Pagani phase out the naturally aspirated V12 machine.