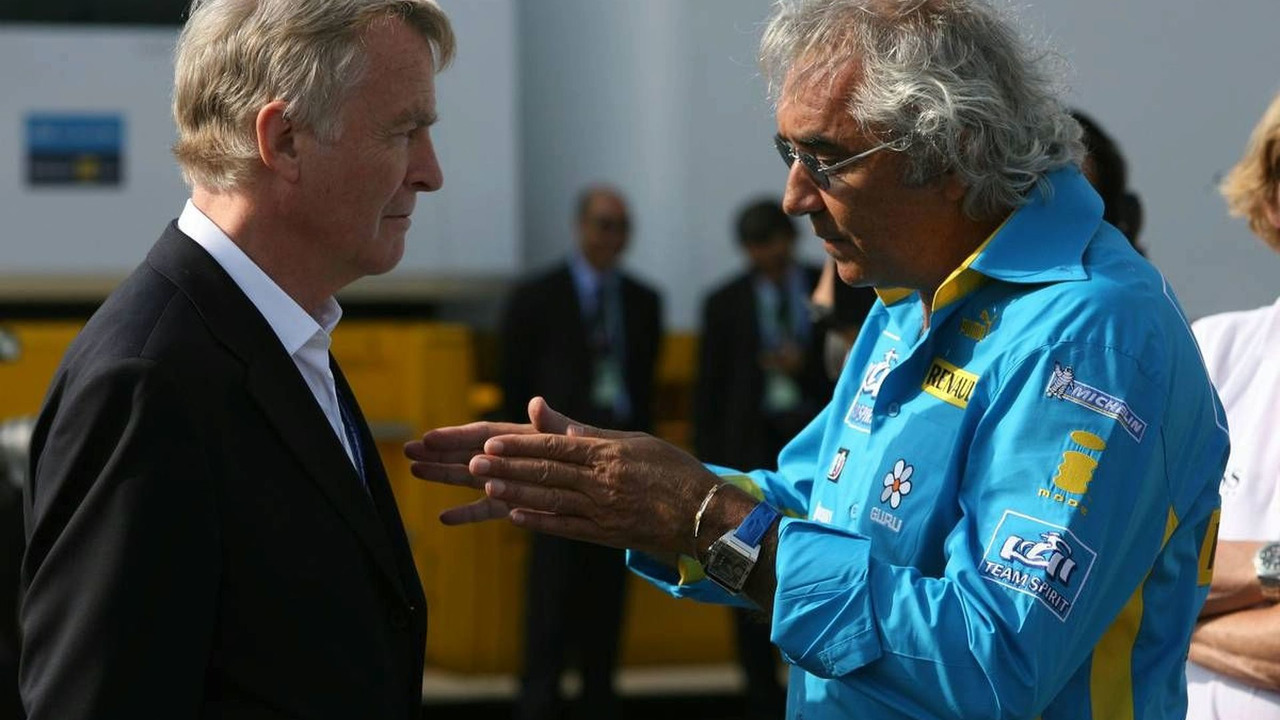 If Flavio Briatore attempts to sue the FIA for ending his career in motor racing, his case may be doomed by his failure to attend Monday's World Motor Sport Council hearing.

If Flavio Briatore attempts to sue the FIA for ending his career in motor racing, his case may be doomed by his failure to attend Monday's World Motor Sport Council hearing.

Documents released by the governing body confirm that the 59-year-old Italian, who emerged with the harshest penalty in the 'crash-gate' scandal, was invited to appear in Paris before the 26-member panel decided his fate.

FIA president Max Mosley said Briatore, as well as co-conspirator Pat Symonds, have 14 days to request the decision now be referred to the International Court of Appeal.

But media speculation suggests the departed Renault boss may instead turn to ordinary courts.

"Whether he sues in Paris or in an English court, he is going to have to give an explanation for why he did not defend himself (on Monday)," leading British sports lawyer Kuldip Singh QC told The Times.

The FIA has confirmed that it was Briatore's continual denials of involvement in the saga, in the face of overwhelming evidence, that caused the Council to so harshly punish him.

The governing body said that when Briatore was invited in writing to attend on Monday, he "instead (argued) in a letter from his lawyer that he is not a licence holder and is not required to account to the FIA".

Said Bernie Ecclestone, F1's chief executive, a World Motor Sport Council member and a prominent friend and business partner of Briatore: "I tell you one thing, an apology from him might have helped.

"I think it was pretty well established that he knew what was going on," the 78-year-old added.