On September 5, 1999, De Tomaso founder and CEO Alejandro De Tomaso showed off a concept car to a group of about 500 people. The vehicle celebrated the brand’s 40th anniversary, and previewed a luxurious supercar for the new millennium. Sadly, that car never did reach the production line – but it could soon be part of an your collection, pending you have the cash.

At the upcoming RM Sotheby’s London sale, this one-of-a-kind De Tomaso Nuova Pantera prototype will cross the auction block. It’s one of just two examples ever produced, and features a design penned by Marcello Gandini, the man behind such legends as the Countach and Miura. It remains the absolute last De Tomaso vehicle ever displayed to the public, making it an exceedingly rare piece of Italian motoring history.

The car was uncovered at De Tomaso’s Modena, Italy manufacturing facility following the company’s liquidation in 2003 soon after the death of founder Alejandro De Tomaso. Set to be abandoned, the body was refurbished and reverted to show condition, and listed for sale on Hemmings in March of this 2017. Now it will be crossing the block once again.

The body is completely original with only a minor repair to damage sustained while in storage. Features like the folding side mirrors and front headlights are missing, sadly, and the car comes with no functional interior, no windows, and most importantly, no engine. It does feature Brembo brakes, though, for whatever reason. 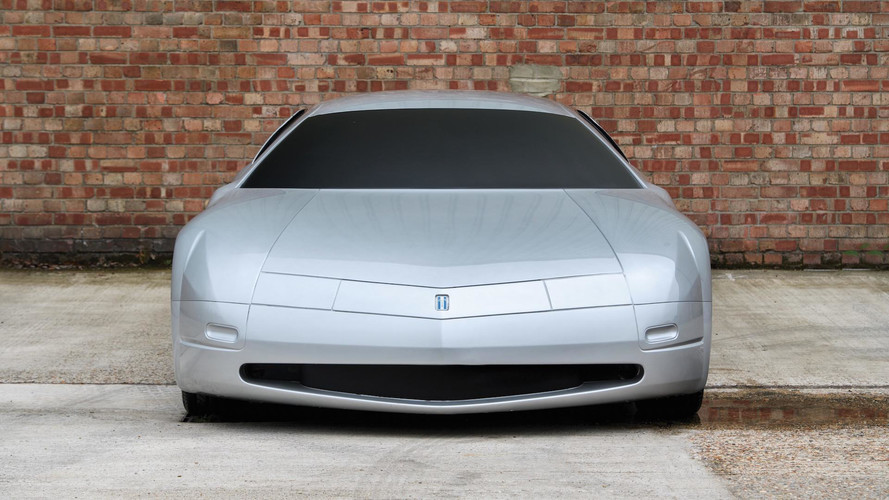 A handful of documents from De Tomaso do come with the sale, confirming the vehicle’s authenticity. RM Sotheby's estimates that the prototype could go for anywhere from €70,000 to €90,000 ($82,320 to $105,840) when it heads to auction. Functioning prototype or not, it would still make a stunning centerpiece to any collection.