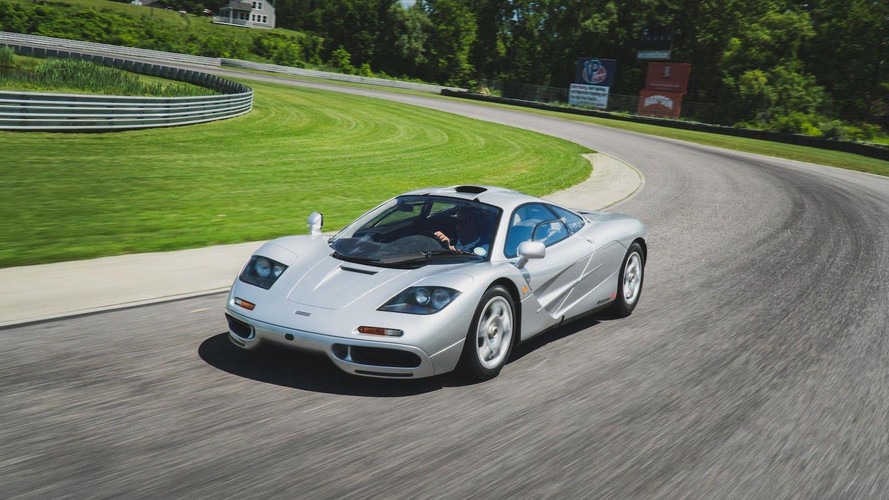 It’s the most expensive McLaren F1 ever.

At last night’s Bonham’s auction taking place at the Pebble Beach Concours in Monterey, the first McLaren F1 imported to the U.S. went home for a ridiculous price. The gavel dropped at $14.2 million, not including a 10-percent buyers fee that brings the total price tag up to $15.62 million.

The car was offered by its original owner, and remains in virtually new condition. The same 627-horsepower (467-kilowatt) 6.1-liter V12 remains, paired to the original six-speed manual transmission. From a standstill, the F1 will sprint to 60 miles per hour (96 kilometers per hour) in just 3.2 seconds, and continue on to a record top speed of 242.9 mph (391 kmh).

The exterior wears a handsome silver finish and is paired to a black and grey Connolly leather interior. Apart from the twice-replaced fuel cell and some minor wear and tear, the car is nearly as good as it was when it came from the factory, having driven just 9,600 miles (15,449 kilometers) since new.

One of just 64 street-legal examples, the McLaren was the 37th example off the assembly line. It was sold with a record of its extensive service history, including its most recent fuel cell replacements, as well as a number of supporting documents verifying its rarity and authenticity.

The car was converted to street legality in the U.S. shortly after its purchase, but has since been converted back to its original form. The F1 in question remains one of just seven examples federalized for U.S. roads, and now it will head to a new owner.