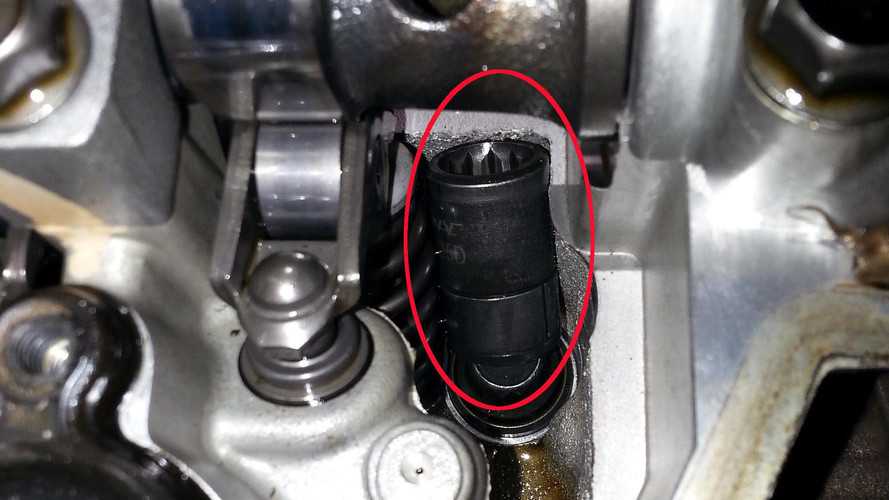 Anyone who’s wrenched on their own car can lament about dropping tools into the engine. There’s at least one Motor1 staffer who once spent an entire weekend tearing apart the engine of a 1993 Ford Taurus SHO after neatly dropping a bucket tappet holder down an oil return line. Would it have existed peacefully at the bottom of the oil pan for the rest of the old SHO’s life? Possibly, but with whirling bits of important engine components in close proximity, such things aren’t best left to chance.

Which makes this surprising engine find even more of a jaw dropper, because it wasn’t in close proximity to moving bits. It had direct contact for 64,000 miles.

The car in question is a 2006 Mitsubishi Evo, belonging to evolutionm.net forum user Chris P. He claims that, after taking his car to a Mitsubushi dealer with concerns about some ticking noise from the top of the engine, this socket was found nestled next to a valve spring. As far as problems go, it’s at least an obvious one.

What's interesting is Chris P. also says he’s the original owner of the car and has never cracked the engine open, meaning the socket must’ve been left there during assembly at the factory. That claim is further supported by the writing on the socket, which Chris smartly traced back to a company that does supply Mitsubushi with tools. With that kind of evidence, one would expect the automaker to pick up the bill for work involved, but Mitsubishi representatives had other ideas.

Since the car was out of warranty, the manufacturer offered to pay the hefty dealership diagnostic fee, but only if damage to the engine was found. After a fruitless back-and-forth session which reportedly included district managers from the automakers, Chris P. took his plight to social media.

At that point, the viral internet thing happened, with numerous news outlets posting about the crazy situation. We’re happy to report that Mitsubishi contacted Chris (a different representative than he’d talked with previously, according to him) and agreed to cover all diagnostic fees and any repairs related to damage from the socket.

Considering the socket has a big hash mark on it from sitting next to a valve spring for 64,000 miles, we’re guessing some repair work is in order.