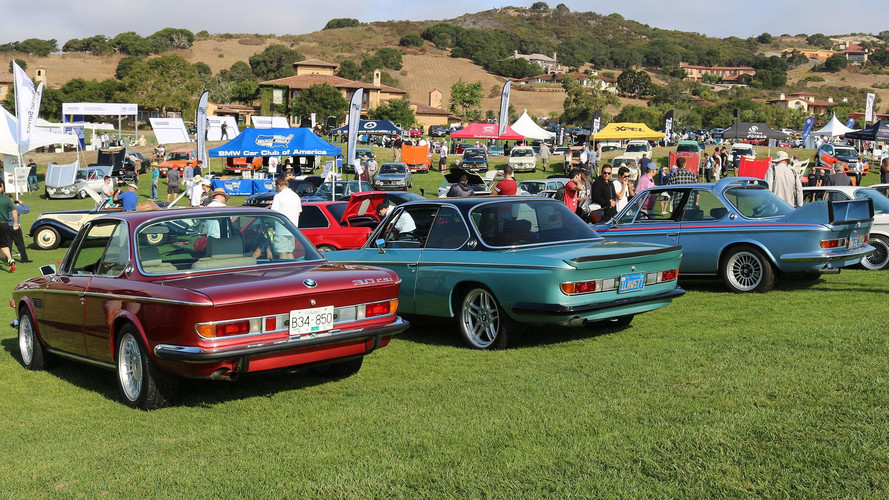 Audi, BMW, and Mercedes-Benz models from past and present.

Gorgeous exotic cars of all vintages are everywhere you go during Monterey Car Week; I’ve seen more Alfas, Astons, and Ferraris in the past two days than in my entire life up until this point. But if it’s a huge collection of German metal you’re after, the Legends of the Autobahn show is where you need to set your GPS.

Since 2009, the event has brought together members of the BMW Car Club of America, Mercedes-Benz Club of America, and Audi Club North America to show off German cars of all vintages. You’ll find everything from brand-new M3 sedans to classic 190 SLs, as well as a wide variety of everything else ever sold by Audi, BMW, and Mercedes. The clubs are also supported by the manufacturers themselves; BMW has shown several concept cars at the Legends event, for instance. Porsche was part of the event for several years but split off in 2014.

Getting into Legends of the Autobahn as a spectator is easy: just pay $20 to park. That’s far more accessible and less exclusive than some of the week’s other events, like the Concours d’Elegance and The Quail. For participants, though, the stakes are high: judges scrutinize cars for everything from originality to overall quality. There are also “people’s choice” awards, voted on by attendees.

What I loved about this event is that it showed such a wide variety of cars from each manufacturer. Want to see classic BMW M3s? No problem. Looking for Mercedes coupes? That’s covered, too. Like Audi race cars? Also present and accounted for.

Wandering around Legends of the Autobahn is truly a treat for anyone who’s a fan of all things German. With a laid-back, almost picnic-like atmosphere, as well as the pretty surroundings of the Nicklaus Club-Monterey golf course, it’s a great place to burn a few hours of your Pebble Beach experience.

What you really want, though, is not to read about the show but to see all the photos of all the many cars on display. Click through our massive gallery below, and let us know in the comments which German star is your favorite.