See The Beautiful Vehicles Of The Pebble Beach Tour d'Elegance 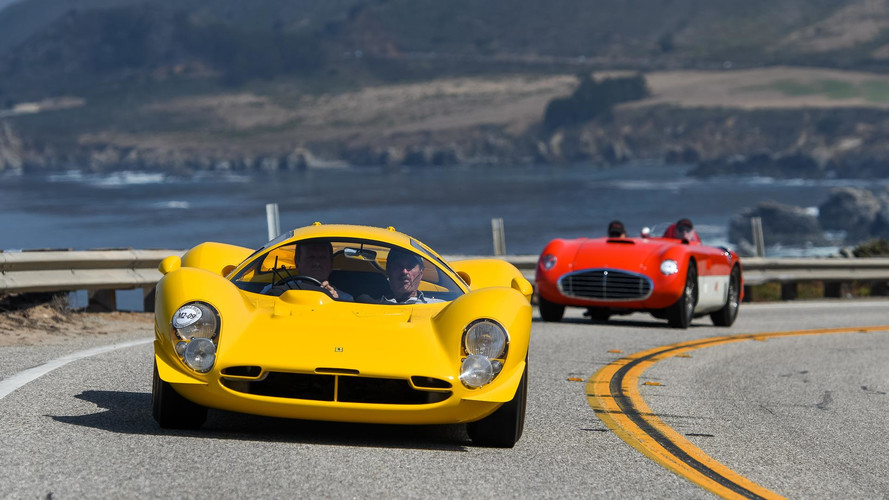 Don't worry about attending the Pebble Beach Concours d'Elegance because you can see many of the vehicles in our gallery.

A general admission ticket to the 2017 Pebble Beach Concours d’Elegance costs $375, but there’s a well-kept secret about the event that can let you see the vehicles for free. The key is showing up a few days early. At the Pebble Beach Tour d’Elegance, a significant number of vehicles taking part in the ritzy event take a drive along the shore and park in the city of Carmel. Since these are public areas, anyone can show up and see the rare models. Best of all, folks can actually see them on the move and hear their engines running. Not everyone can make the trip to California, though. Check out Motor1’s gallery below of some of the amazing machines at Pebble Beach this year.

During this picturesque driver, there’s no other road in the world with such a gorgeous collection of automobiles. In addition to the usual cavalcade of rare vehicles, this year’s 2017 Pebble Beach Concours d’Elegance has special classes, including the luxury models of Isotta Fraschini, American Dream Cars of the 1960s, and Ferrari One-off Specials. There are examples of some of these in the gallery.

The Tour d’Elegance takes these classic cars on a route that includes some of the picturesque, seaside portions of Highway 1. They eventually turn around and head inland through some hilly terrain. Later, the drivers stop by nearby Carmel to show off the rare vehicles before putting them away for the big event at the Pebble Beach golf course.

Both the Pebble Beach Tour and Concours d’Elegance are part of the larger Monterey Car Week. The events taking place nearby including the similarly ritzy Quail, A Motorsports Gathering, where important race cars sit alongside the latest supercars. There’s also the Rolex Monterey Motorsports Reunion at Mazda Raceway Laguna Seca where folks can actually see the rare machines driving in anger on track. A walk through the pits offers a chance to see, and often hear, competition machines from throughout racing history.

Motor1 has a team attending Monterey Car Week, so expect to see more galleries like this one from the various events taking place there.