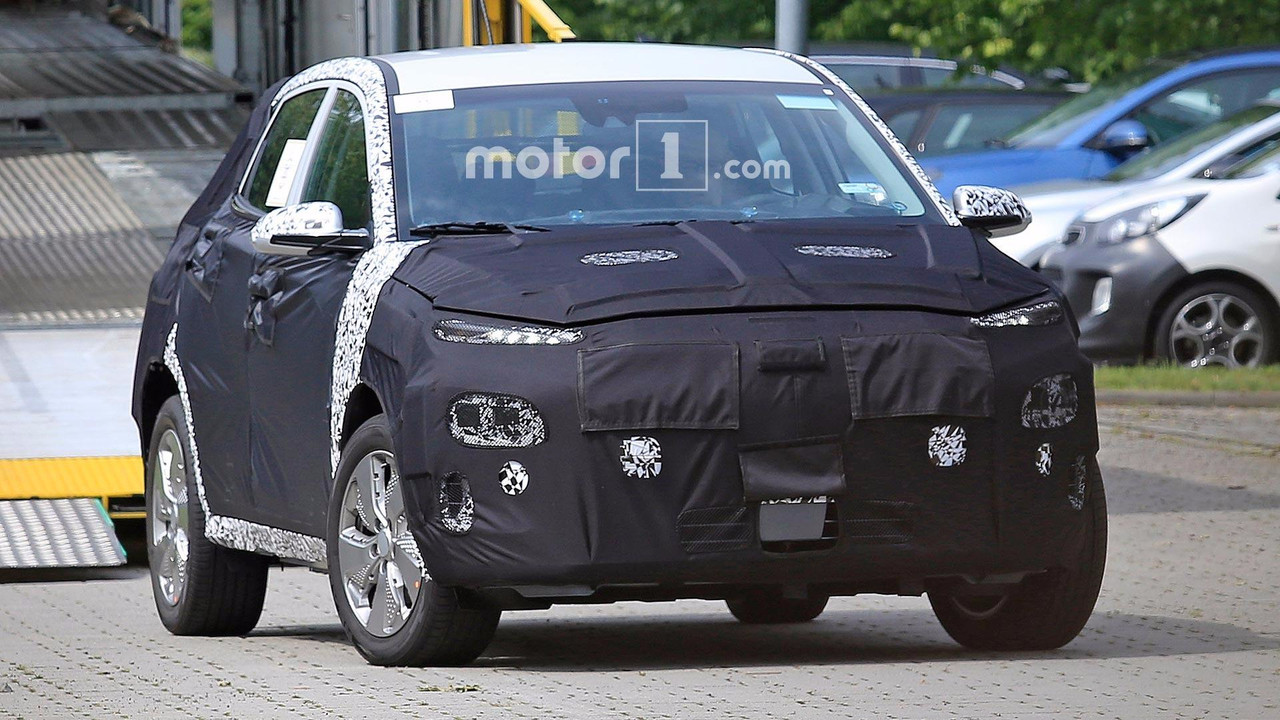 The Kona EV's range would reportedly be around 240 miles on a charge, which would be competitive with the Chevy Bolt.

New spy shots provide the first look at Hyundai’s upcoming electric variant of the compact Kona crossover. For the EV, the designers tweak the model’s styling by closing the front grille, and the exhaust is gone since it’s no longer necessary.

The heavy camouflage hides any other design tweaks, but we don’t expect Hyundai to overhaul the Kona’s shape for the EV variant. That’s not a bad thing, though. The Kona is quite a stylish entry in the compact crossover segment. It keeps up with the more adventurous lines like the Toyota C-HR.

Hyundai has already confirmed a few details about the Kona EV’s capabilities. For example, a company executive told Motor1 that the model would have a range “over 390 kilometers,” which is 242 miles. It’s not entirely clear whether that spec is under the more lenient NEDC test or harsher EPA evaluation, which tends to return more realistic numbers. For comparison, the Chevrolet Bolt has an EPA range rating of 238 miles (383 km).

A leak suggested that the Kona EV would arrive at dealers in fall 2018 and pointed to a real-world range of 217 miles (349 km) from a 50 kilowatt-hour battery. Hyundai will also add hybrid and plug-in hybrid variants to the Kona’s powertrain range later.

Hyundai expects the Kona’s funky styling to be a big success. For example, we are already seeing test mules like the next-gen Santa Fe sharing major cues from the vehicle’s front end, like the split headlights.

The Kona is available with two four-cylinder gasoline-fueled engines and a choice of front- and all-wheel drive. The base setup is a naturally aspirated 2.0-liter with 147 horsepower (110 kilowatts) and 132 pound feet (179 Newton-meters) of torque, and the output routes through a six-speed automatic. Customers can also upgrade to a 1.6-liter turbocharged powerplant with 175 hp (131 kW) and 195 lb-ft (264 Nm) of torque, and this mill uses a seven-speed dual-clutch transmission. Europeans get the extra choice of a 1.0-liter gas-fueled turbo three cylinder and a 1.6-liter diesel four cylinder. 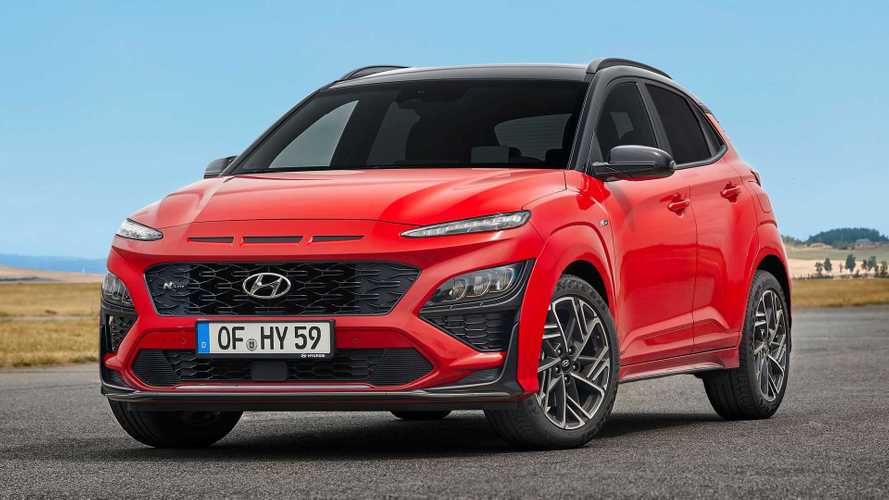