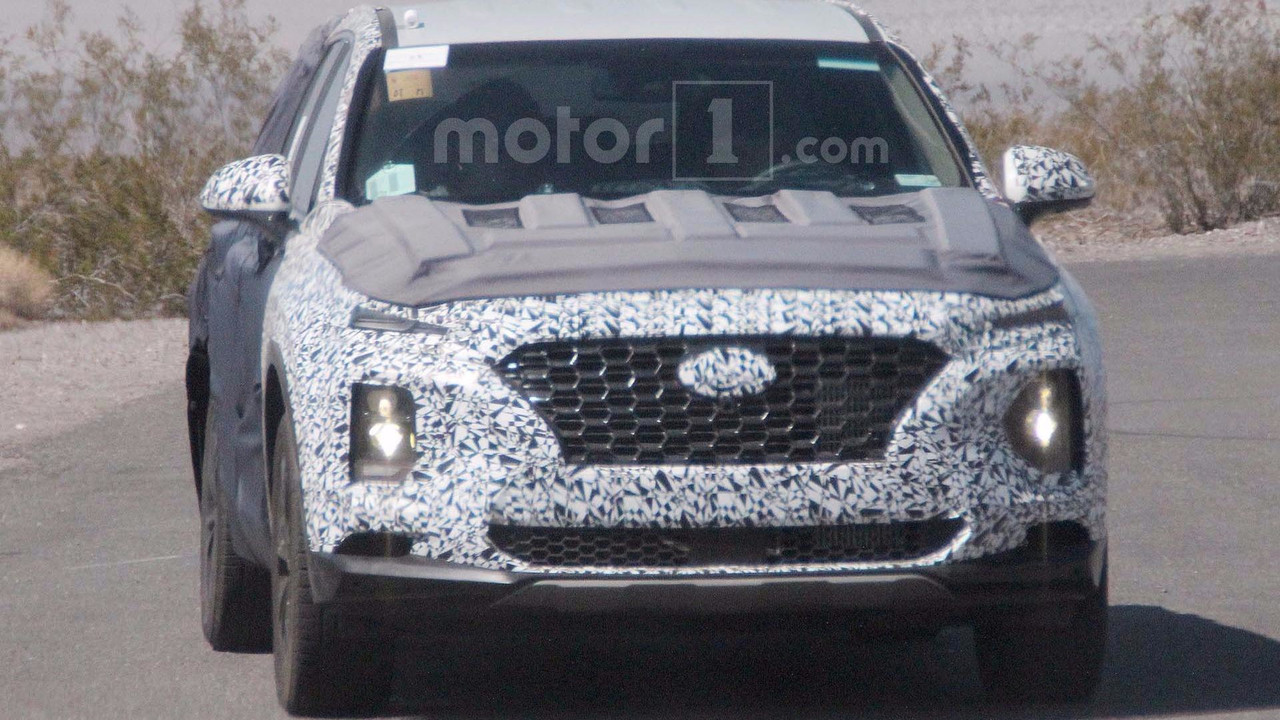 The company still doesn't want to show the back, but at least these photos show the taillights.

A new batch of spy photos provides the best look yet of the upcoming Hyundai Santa Fe. The latest photos reveal the vehicle’s front end in camouflage rather than hiding it under thick cladding.

The new Santa Fe’s face shares cues with the smaller Kona. They share a large, hexagonal grille, but here the sides gain inward curves. A big set of lights flank it on each side, and the lamps have a vertical orientation on the Santa Fe, rather than a horizontal setup on the Kona. Thin slits of LEDs rest just below the hood on both of them, but the pieces are longer on the Kona.

The rest of the Santa Fe remains heavily concealed. The cladding at the back lets the horizontal headlights peek out, though. Holes in the cladding reveal an array of sensors in the bumper for driver assistance tech.

Hyundai reportedly intends to offer a larger Santa Fe variant so that the new model could fit eight people inside, rather than seven currently. Judging by the size of this crossover’s big rump, it appears entirely possible that the company could have enough room to cram an extra body inside.

The new Santa Fe will potentially be a better handling vehicle because recent spy shots show the big crossover lapping the Nürburgring. The test mule even had Recaro sport seats inside. The chairs probably aren’t for a production model, but they point to Hyundai taking the vehicle’s dynamics very seriously.

The new Santa Fe will likely go on sale in 2019 as a 2020 model year vehicle, so there will be plenty more opportunities to watch its development.