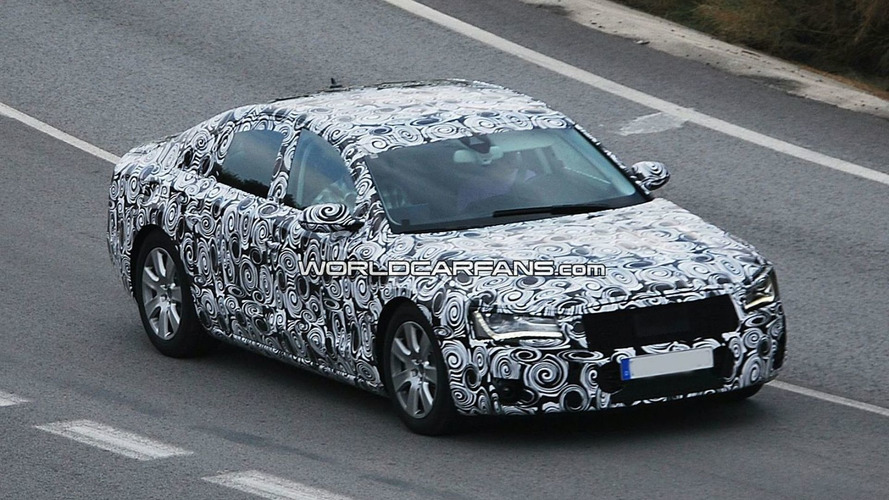 New spy photos of the 2010 Audi A8 have surfaced during hot weather testing, and we have the full details inside.

The new Audi A8 was caught by spies as it underwent hot weather testing.  This new set of photos shows the prototype with a little less camouflage than before.  Audi's flagship car is expected to get several efficient V6 and V8 engines, as well as the 258 horsepower 3.0-liter TDI that produces upwards of 258 horsepower.

In the latest set of photos, we are able to see what the vehicle looks like with LED daytime runners.  The end of these lights lead towards the grille, which appears to be distinctly separated into an upper and lower section, unlike on the current model.  Absolutely do not be surprised if this changes, although the new bumper appears to have space for integrated fog lamps.  The rear section of the vehicle looks a bit more prominent as well, and should also include LEDs.  Through the rear glass we can also see a bit of the interior.

Audi is rumored to unveil the new Audi A8 by the end of the year as a 2010 model, but a Geneva appearance is also possible.  Whether or not it will be offered as either a hybrid or electric remains to be seen.