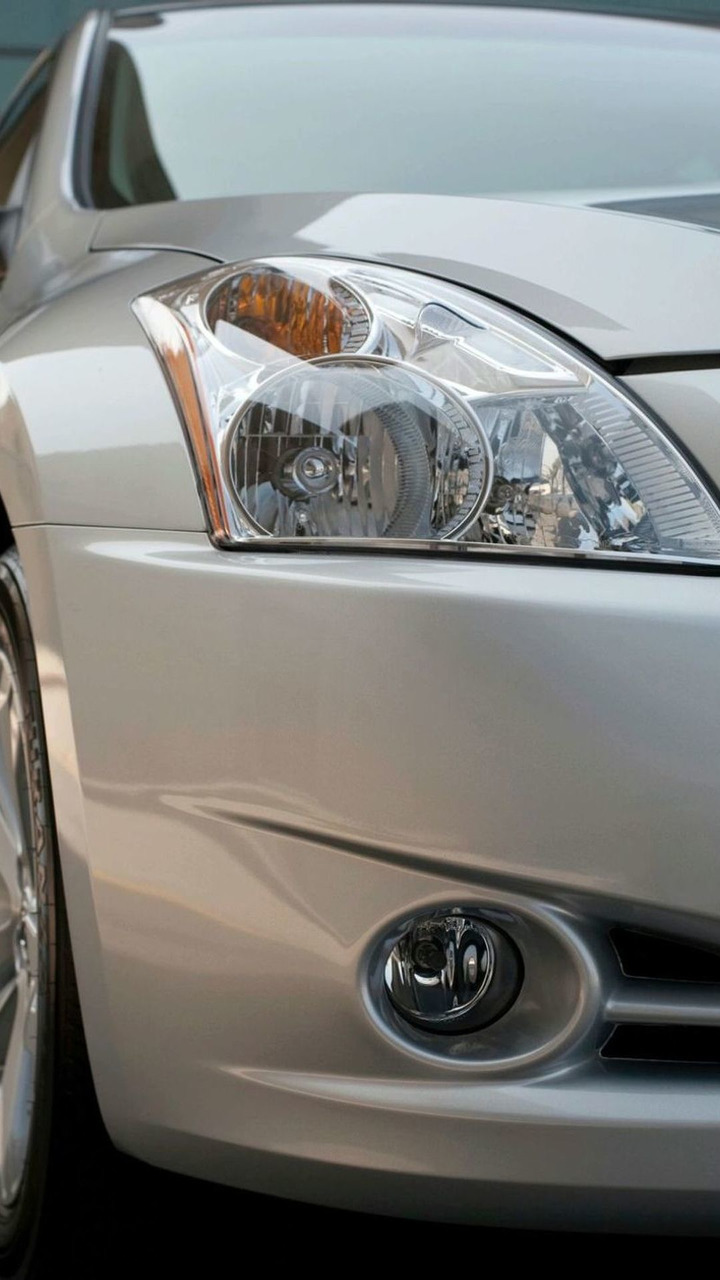 New headlamps hint at the Altima's revised face. The Altima goes on sale next month in the U.S. market.

Nissan has released a single, teaser photo of its upcoming 2010 Altima model.

The photo doesn't reveal much about the latest version of Nissan's mid-sized sedan but does provide some clues to decipher.

First off, the new headlamps show a little of the Altima's revised face. But they are not the same as those found in the Maxima and 370Z models, telling us that Nissan is obviously forgoing any strict adherence to a design paradigm for its lineup. And we don't get to see the grill, which perhaps the Altima will share with its Versa and Sentra siblings. Or maybe it won't.

Autoblog is also reporting that the 2010 Altima Coupe variant will also be receiving a few added technical goodies. Those include Vehicle Dynamic Control and a Traction Control System for the 2.5 S M6 Altima. Also in the cards for the Altima model (depending on drivetrain variants and options packages) are a 4.3-inch color screen with iPod connectivity, Xenon-HID headlights, Bluetooth streaming audio, 9-gig music server, DVD playback and a HDD navigation system.

The 2010 Nissan Altima sedan and coupe models will go on sale next month in the U.S. market.