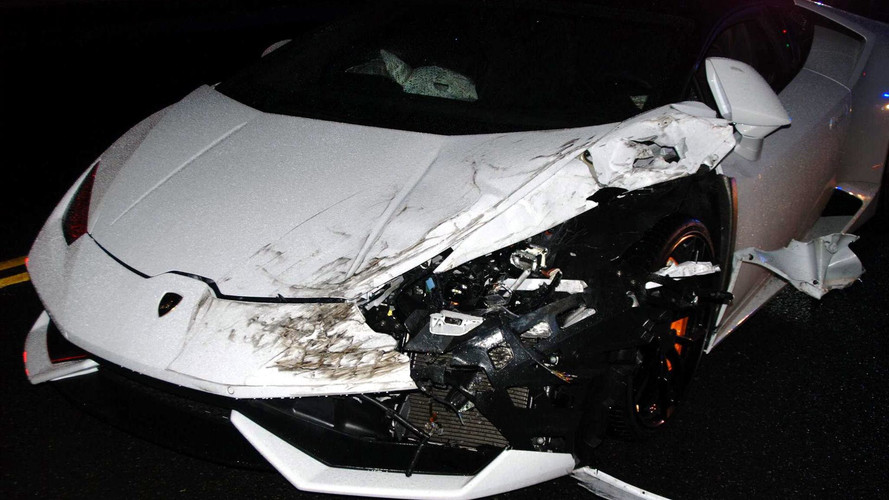 The drunk girl hanging out the window didn't help.

Someone’s in big trouble, and not just from the police. We’ll get to that a little bit later.

First, here’s what you need to know about the photo above, which clearly shows the shredded and smashed driver side fender of a rented Lamborghini Huracan. That’s the result of a 23 year-old driver deciding to run from police last Saturday night in Edmonds, Washington. He was allegedly drunk, as was a 20 year-old female passenger hanging out the passenger window with a beer in her hand, which is actually what tipped police off in the first place. A drunk woman dangling out the side of a Lambo isn’t what you’d call subtle.

The town was celebrating an annual fundraising event called A Taste of Edmonds, which according to the website has all kinds of things including a big purple slide, lots of food, and a beer garden. Apparently the event has caused some shenanigans in the past, so extra law enforcement was on hand to keep things under control.

According to Q13 Fox, police witnessed the aforementioned female and the Lambo around 11:30 PM and attempted to pull the car over. Instead, the driver punched the gas and proceeded to blow several stop signs through downtown, because being wasted behind the wheel of a rented, unfamiliar supercar isn’t a recipe for disaster at all. Presumably that’s why the police decided to end the pursuit not long after it began, but it didn’t stop our pretend playboy from rear-ending a car just a bit further down the street.

Both the driver and passenger were booked for a range of charges. Meanwhile, a Reddit user may have found the company that rented the car, which apparently goes for $1,300 a day. How does a 23 year-old rent an exotic like that? He doesn’t – the car was reportedly rented by his brother for the weekend. Ouch.

Given a choice between jai and angry brother, we’ll take jail anytime.