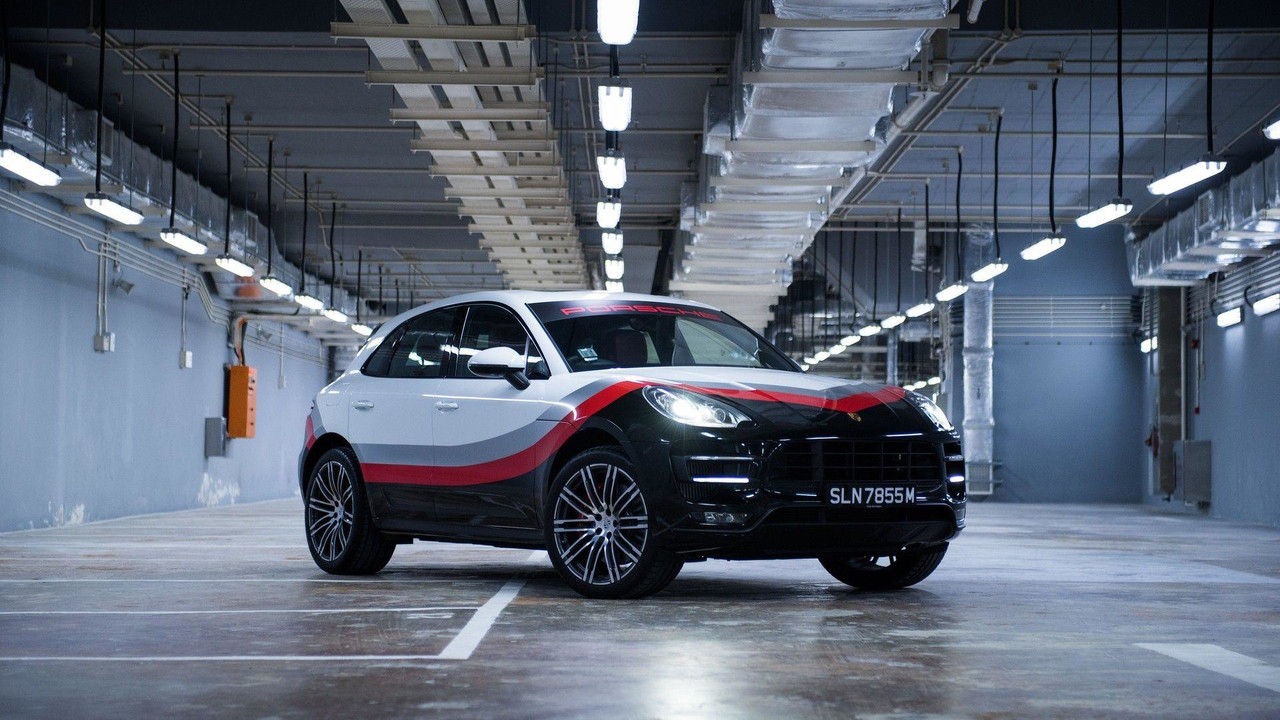 Why shouldn't the top Macan look ready for the track?

During a recent media program in Singapore, Porsche showed off a special Macan Turbo with the Performance Package and unique Porsche-Motorsport-themed livery.

The mixture of black, red, silver, and white along the body is reminiscent of the color scheme that Porsche uses on the 919 Hybrid and 911 RSR. It’s a neat idea to paint the range-topping Macan like a racer, but this livery is somewhat boring. We would like to see the little crossover in the famous Gulf design or maybe in Jägermeister’s burnt orange.

In addition to the extra engine output, the Performance Pack improves the Macan’s capabilities in other ways. The front brakes feature 15.3-inch (390mm discs), an increase of 1.1 inches (30 mm), and red-painted brake six-piston calipers. The air suspension sits 0.4 inches (10 mm) lower. The Sport Chrono Package and a new exhaust system come with these upgrades, too.

In the United States, the Macan Turbo with the Performance Package sells for $88,750 after destination, about $10,000 more than standard Turbo.

For customers who want a more aggressive look but without the performance upgrade, Porsche also recently introduced the Turbo Exterior Package for the Macan Turbo. It adds gloss black 21-inch wheels similar to the pieces on the 911 Turbo and adaptive LED headlights. Inside, there are Alcantara accents, carbon trim, and illuminated door sill guards.