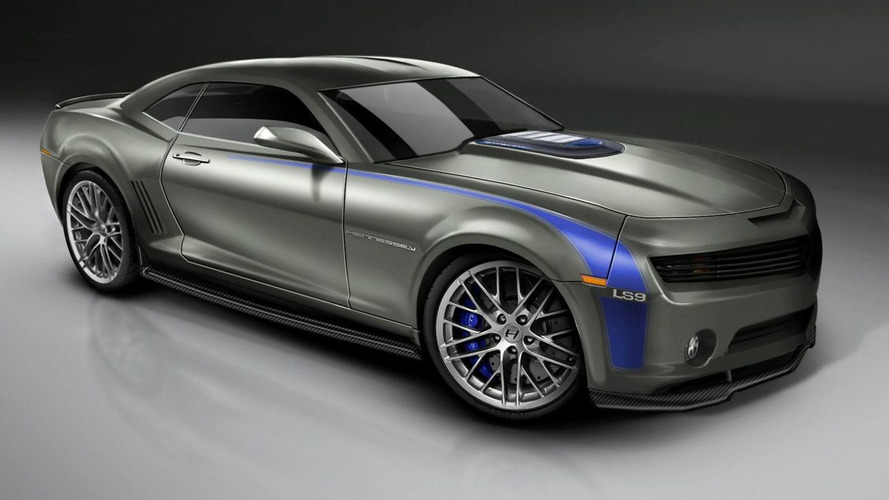 A new video has been released featuring the 2010 HPE700 Camaro, an American tuners dream. The car has just entered production, and orders are still being taken.

Hennessey Performance Engineering has announced the beginning of production of their 2010 HPE700 Camaro.  The company will produce three of the 755 horsepower vehicles every month, with delivery beginning in a few weeks.

The supercharged LS9 V8 engine is taken from the Corvette ZR1, and now produces a massive 717 ft-lb of torque, up by 122 ft-lb.  Horsepower was originally announced to be 705 hp, already up from the engine's original 620 hp rating.  The engine does have a true, American musle car sound, as can be heard in the video.

To bring in all that power, Hennessey installed 15-inch carbon brakes, normally found on the ZR1.  Lightweight wheels are wrapped in Michelin PS2 tires, and a customized suspension makes the car more legit.  The tuners also added a decent amount of carbon fiber body panels and a hood with view of the engine, while bringing back the hidden headlights seen on Camaros of the past.

Those attending SEMA in Las Vegas will get a chance to see the 2010 HPE 700 Camaro.  Thirteen orders have already been placed for the $119,500 car (not including shipping), which leaves eleven more left to be claimed.