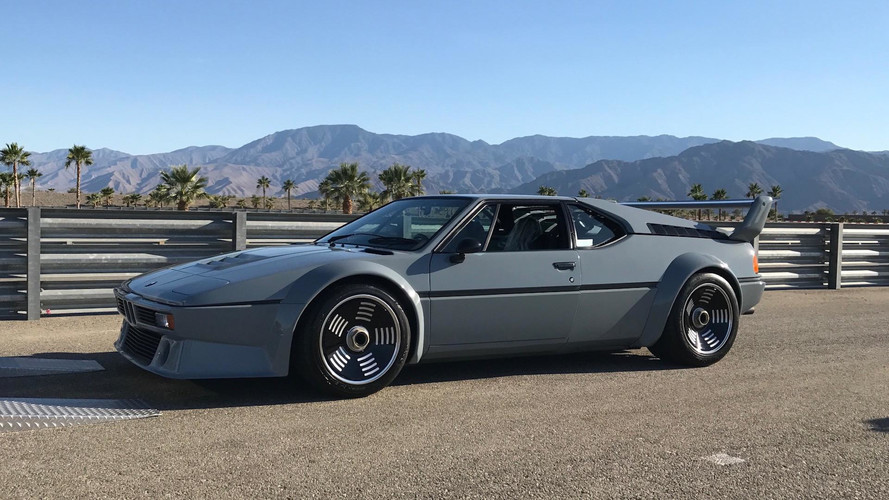 Only 40 BMW M1 Procars were built – but this is the only one registered for road use.

Among the many outrageous and expensive classic cars that will be on display at the upcoming Pebble Beach Concours, a rare BMW M1 will be among the festivities. Of the mere 40 examples built, this is the world’s only street-legal BMW M1 Procar – and it’s heading to Monterey this weekend courtesy of the Thermal Club, who will display it alongside a virtual reality track experience.

The car was sold new to its first owner in 1979, before eventually making its way to the U.S. The car was then stripped and fully restored by experts at Canepa, who added all of the Procar styling cues pictured here, including the massive rear wing, the 17-inch BBS center-lock wheels, and non-standard Brembo brakes.

Perforamnce-wise, the M1 gained Procar suspension uprights, hubs, control arms, tie rods, axles, mirrors, and a custom Penske coilover suspension to return it to its original racing glory. The original six-cylinder engine was rebuilt by VAC Motorsports, which added electronic fuel-injection and managed to massage the engine to produce 414 hp (306 kW) and 357 pound-feet of torque. All that power is paired to a five-speed ZF gearbox.

The interior is finished in a sleek black leather finish, while the exterior is coated in a subtle Basalt Blau. The car was sold in 2016, and will now be heading to the McCall’s Motorworks Revival this weekend in Monterey as part of the Pebble Beach Concours d’Elegance.

The Thermal Club today announced it will display the world’s only street-legal BMW M1 Procar and offer a virtual reality track experience at the 26th Annual McCall’s Motorworks Revival in Monterey on August 16th.

The 1979 BMW M1 Procar was restored by renowned racer Bruce Canepa. BMW produced 40 Procars, which raced in a championship support series during the 1979 and 1980 Formula One seasons.

Motorworks Revival guests will have an opportunity to experience The Thermal Club through an immersive 360-degree virtual reality ride-along offering a thrilling lap around two of the club’s Alan Wilson-designed racetracks. Attendees will also be able to take a virtual tour through the race shop, drivers lounge, clubhouse, restaurant and a track-side villa.

“We look forward to bringing a piece of racing history and a state-of-the-art virtual tour of our club to this exclusive event,” said The Thermal Club Founder Tim Rogers. “Enthusiasts from around the globe head to Monterey Car Week to celebrate automotive history and enjoy the incredible amenities around the Peninsula. These are precisely the people who will appreciate the unique attributes of The Thermal Club.”