Buy This DeLorean Watch And You'll Never Be Out Of Time 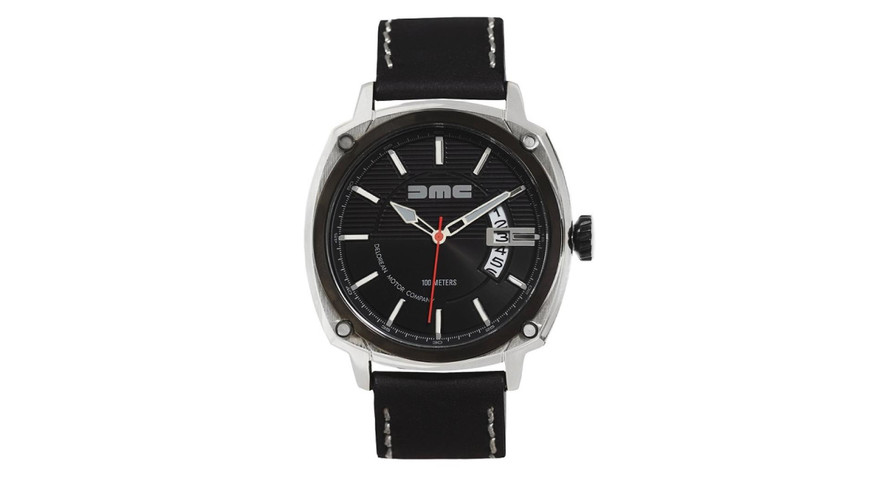 The combination of car brands and wristwatches is nothing new. Nearly every automaker – especially on the luxury end – and most major watch companies have been seduced by the power of co-branding at one time or another. Examples range from elegant (see most Porsche Design timepieces… and yes, we know PD is it’s own company) to poorly aging (see Senna’s ‘90s era Tag Heuer) but we think this one might still look good in a few years.

DeLorean hinted at a modern version of the DMC-12 so many of us grew up adoring. And though the new car could reach into six-figure territory, a new article from horologist-haven Watchuseek seems to indicate a new watch with similar styling cues could be affordable for everyone.

Reports are more than sketchy at this point. We’ve reached out to DeLorean for more info (also, we want to be friends with those guys), but the only hard evidence is in the photos you see here. Two versions of the auto-inspired timepiece are shown, one offering a stainless-steel affecting silver face, with black indices and bezel, and another with the colorway more or less reversed. Both designs feature fetching skeleton hands, a red second hand, and a really unique date window.

Watchuseek also reports that the timepiece will retail for about $150 (£120) in the U.K. – there’s no mention of pricing or plans to sell in North America (of course that’s what the Internet is for). At that price, you can go ahead and mark us down for a preorder.

Look for any updates here as we have them. After all, a Motor1-sourced review of a new DeLorean car, while wearing the new DeLorean watch is something we can all get behind.