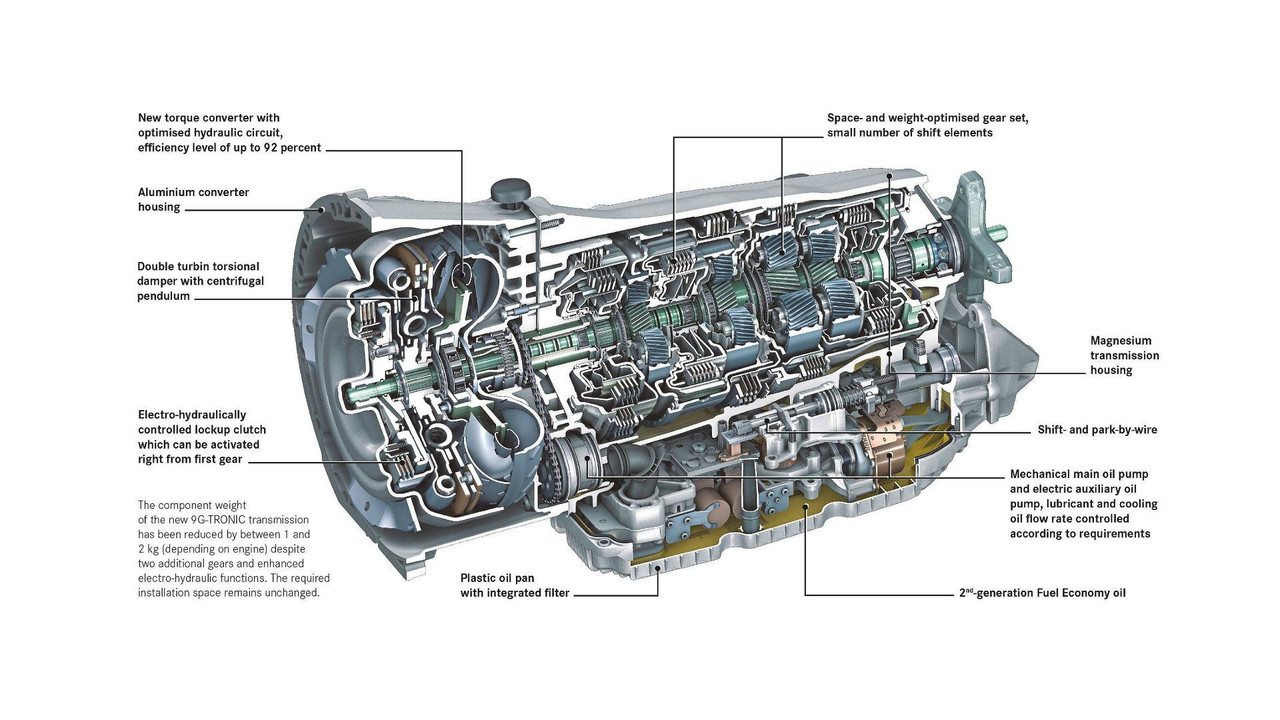 The automatic would join the nine-speed that's already available throughout the Mercedes range.

A trademark filing by Mercedes-Benz parent Daimler suggests the luxury automaker could introduce a new eight-speed automatic gearbox. The firm registered the term 8 G-Tronic on August 10 in the United States after making a filing to protect the same word in Germany on February 28, 2017. The listing stated that the branding was for “automobiles and parts thereof.”

A trademark filing isn’t a guarantee of new equipment in the pipeline, but in this case the addition of an eight-speed automatic would make sense from Mercedes. The firm already offers the 9G-Tronic (pictured above) in a significant chunk of its lineup. However, the CLA- and GLA-Class continue to use the 7G-DCT seven-speed dual-clutch automatic. The company could replace this transmission with the new eight-cog box for an even wider array of ratios in its compact models.

There’s room for improvement for the seven-speed dual-clutch automatic, too. In a First Drive of the 2017 CLA250, Motor1 Senior Editor Jake Holmes remarked about the refreshed model’s powertrain: “The car moves off the line with the smoothness and predictability of a traditional automatic transmission, with eager throttle response. No longer does the dual-clutch lurch and clunk at low speeds…”

However, he wasn’t so keen about the gearbox in the high performance GLA45. “It’s easy to catch the powertrain flat-footed as the turbo dozes and the dual-clutch transmission hunts for a lower gear among its seven possibilities.”

A more traditional automatic gearbox might alleviate some of these issues and make the company's compacts more competitive. Mercedes' nine-speed automatic is well reviewed even in high performance applications. In his First Drive of the new E63, Holmes wrote: "The nine-speed automatic allows the engine to purr at just 2,000 rpm at highway speeds, and slips delicately between gears without any fuss the rest of the time."