100th Anniversary of the birth of Ferry Porsche Honoured 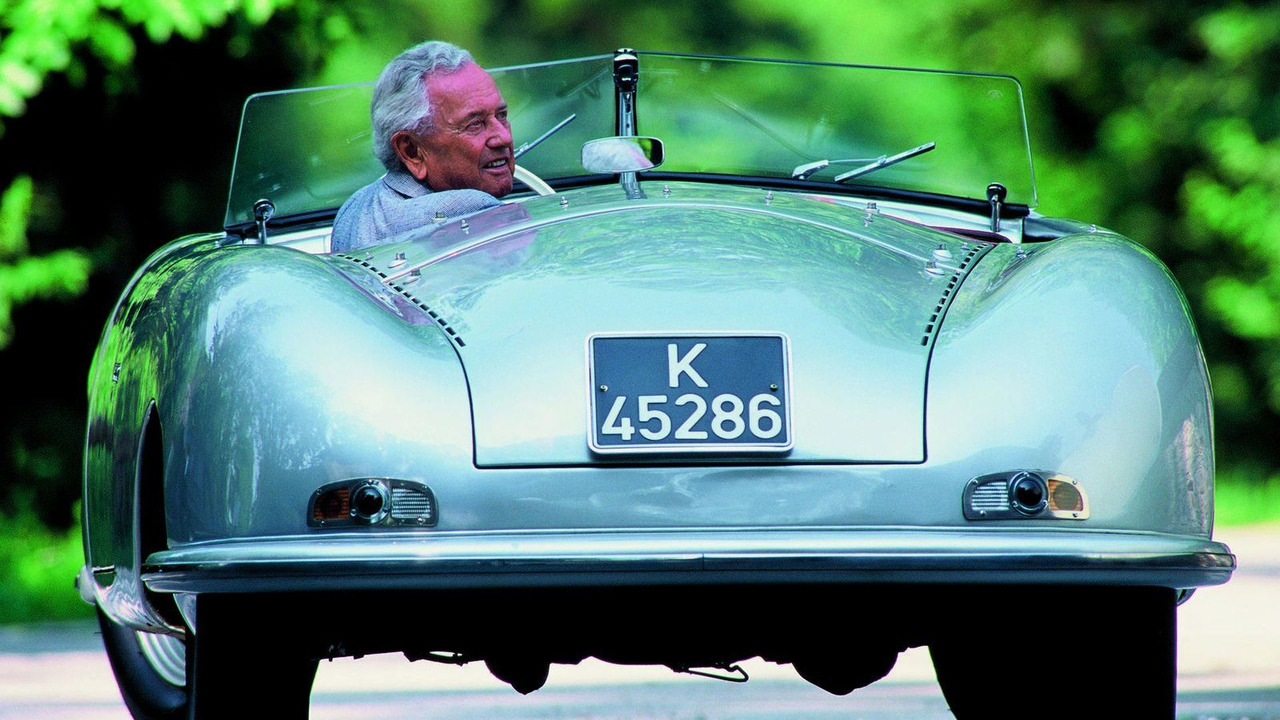 We take a look back on the life of Ferry Porsche, designer of the 356 and son of Porsche founder Ferdinand Porsche, Sr. The detailed account includes development of their first race car, work for Nazi Germany, and the creation of the 911.

This month marks the 100th birthday of the oft-celebrated Ferdinand "Ferry" Anton Ernst Porsche.  The Austrian entrepreneur was born on 19 September 1909, and would go on with his father, Ferdinand Porsche Sr, to launch one of the most successful car design firms in history.

On the day of his birth, legend has it that his father was finished first in race using a car he designed while working for Austro-Daimler.  Of this, Ferry Porsche said, "I was always convinced that I had been born in a car, so it was wonderful listening to my father for hours, with him talking about cars and motor racing and telling us exciting stories."

The family would later move to Stuttgart, where the two Ferdinands opened the offices that would become Dr. Ing. h.c. F. Porsche AG.  They promptly began development of a 750 kilogram racecar powered by a 16-cylinder engine.  That car began testing in 1934, the same year the Ferdinand Sr. would debut his "Study for the Construction of a German People's Car."  That study led to the production of three protytpes in less than a year-and-a-half, with engineers ultimately building the basis for the Beetle, to be produced by a new company launched by Adolph Hitler and Ferdinand Porsche Sr., called, "Volkswagen."

By 1938, a full-fledged manufacturing facility was built in Stuttgart, a far cry from the family-owned garages used by the company in the past.  But by 1939, the family was fully-involved in the armament of Germany.  With a Hitler-lead country pushing full-force into Poland, the Porsche family turned their focus to providing motorized vehicles for the Third Reich.  These included the Panzer VI Tiger tank, Kübelwagen military transport vehicles, and the Panzer Tiger Elefant tank.

The latter vehicle was nicknamed "The Ferdinand," after its designer, Ferdinand Porsche Sr.

Following the War, Ferdinand and Ferry were arrested as war criminals, along with other members of the family.  Bail was set at 500,000 francs for each member, a sum the family could only raise for one of its imprisoned members.  Ferry was released from prison and sent to Austria, while his father served time in a Dijon, France, prison.

With his father imprisoned, Ferry designed the Porsche type 360 for Cisitalia, and the legendary Porsche Type 356.  The junior Porsche used a cash advance on the two auto designs to spring his father, and in-law Anton Piech, from prison.

"Back then Cisitalia was building a small sports car with a Fiat engine. So I said to myself: why shouldn't we do the same thing with VW parts? After all, that is already what we did before the war with the Berlin-Rome car," said Ferry Porsche.

Ferry's son, Ferdinand Alexander Porsche, stayed at the helm of Porsche, and is now the company's honorary chairman.  It was he who created the first designs of the Porsche 911, built as a successor to the 356.  Porsche would go on to become one of the most successful sports car manufacturers.  Volkswagen would eventually become one of the largest volume auto manufacturers in the world, now helmed by Ferdinand Piech, the grandson of Ferdinand Porsche Sr.

One can only wonder what Ferdinand Sr., or Ferry Porsche, would have said of the strife between the two companies over the last few years.

Please see press release below for a more detailed account.

Gallery: 100th Anniversary of the birth of Ferry Porsche Honoured