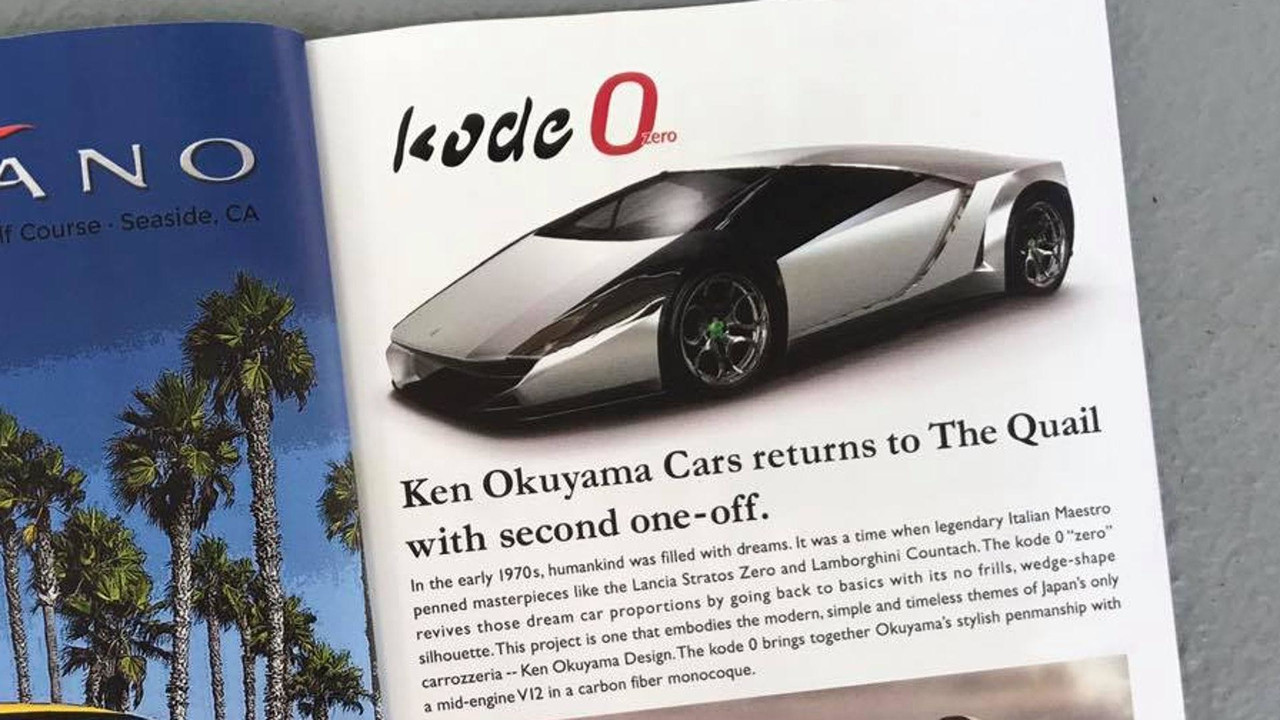 Ken Okuyama, designer of the Ferrari Enzo, will debut a new creation at Concorso Italiano during Monterey Car Week. Called the Kode 0, it’ll be on display with last year’s Kode57 at the ritzy automotive event on August 19.

The Kode 0 features a mid-mounted V12 and a carbon fiber monocoque. A teaser image provides a tiny glimpse at what to expect. The vehicle features a low, sharp front end with a wing hanging underneath. The rear fender has a flying buttress that attaches to the roof and an array of strakes ahead of a radiator. We are very curious to see more.

Okuyama doesn’t say much more about the model. “The project is one that embodies the modern, simple and timeless themes of Japan’s only carrozzeria, Ken Okuyama Cars,” according to his company’s brief announcement.

Before setting off on his own, Okuyama worked for Pininfarina and designed vehicles like the Maserati Quattoporte and Ferrari P4/5. He debuted the Kode57 Enji (below) at The Quail, A Motorsports Gathering, in 2016. The model is a modern take on a classic speedster with no roof, wraparound glass, and a nacelle behind each seat. Standard power comes from a 6.0-liter V12 with 611 horsepower (449 kilowatts) and 448 pound-feet (607 Newton meters) of torque, but Okuyama offers a Novitec-tuned version with 692 hp (516 kW) and 473 lb-ft (641 Nm). A six-speed semi-automatic transmission routes power to the rear wheels.

When not designing high-end vehicles, Okuyama also works in industrial design. His creations include wavy silverware and angular teapots.

Motor1 has a crew attending the various events during Monterey Car Week. Look for full coverage from there, and expect to see Okuyama’s newest vehicle when it debuts.

Ferrari Enzo Designer Ken Okuyama returns to Concorso Italiano with his incredible 2nd one-off.  Named the “Kode 0”, the project is one that embodies the modern, simple and timeless themes of Japan’s only carrozzeria, Ken Okuyama Cars. The Kode 0 brings together Okuyama’s stylish penmanship with a mid-engine V12 in a carbon fiber monocoque.