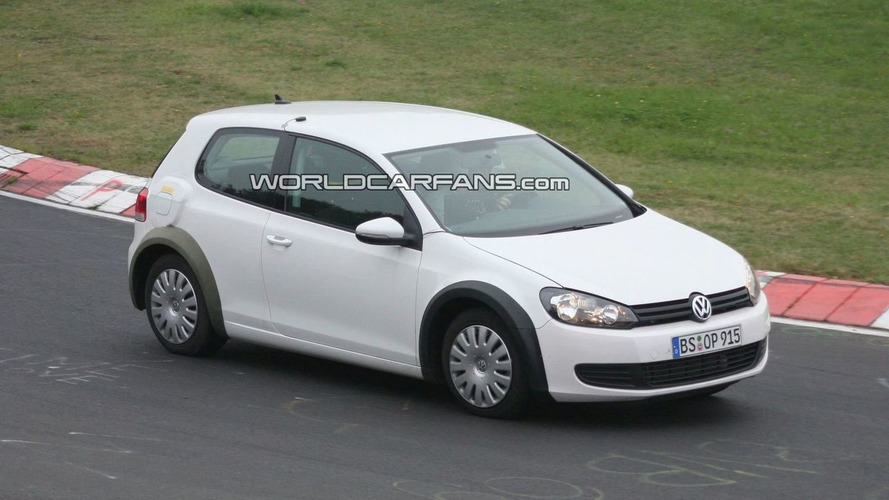 First spy pictures of the 2012 Volkswagen Golf VII (Golf 7) have appeared. The car will feature new engine technologies including one called HCCI and a number of other under-the-skin innovations.

First pictures of a Volkswagen Golf VII (Golf 7) have been spotted. The mule was dressed as a Golf VI but gave its identity away with much wider and bigger wheel arches. Estimated time of arrival is 2012 which is some two years ahead of the anticipated schedule.

The Golf is VW's main bread and butter, so it will be constructed to be the best ever. That means everything from the engine to the chassis to the body will be reflective of the times as well as the future.

Some big news include the introduction of VW's Twin Drive hybrid technology into the Golf. Combining a 1.5-litre diesel with three electric motors will give the plug-in vehicle 48km (30 miles) of electric-only traveling and it will return a 113mpg average fuel consumption. This is on par with what the Chevrolet Volt claims.

Even newer is something called HCCI which is basically a petrol engine that behaves like a diesel in its fuel efficiency as well as cleaner C02 emissions. The HCCI's main point of departure from other petrols is its lack of spark plugs. However it will still rev high like a normal petrol engine. The VW Group's new 7-speed DSG will make its way across the range for the first time too.

Being a Golf the car will be more evolution than revolution when it comes to styling. But the use of lighter materials will be dominant in order to save fuel as well as money while improving overall performance.