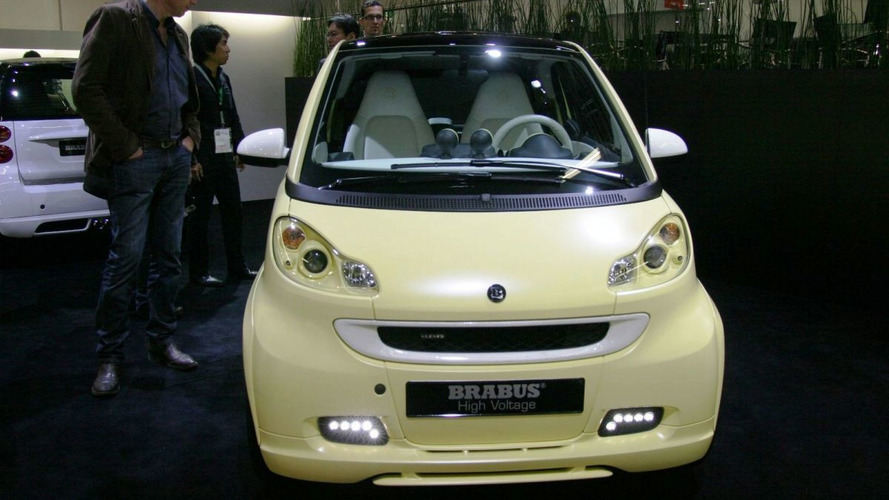 The BRABUS Ultimate High Voltage is based on the smart fortwo. First seen at the 2009 Geneva Motor Show as a concept car called smart fortwo BRABUS Electric Drive few details were released.  But now it looks set for production since BRABUS has released initial specifications.

The key elements responsible for the pocket rocket's performance is the light body mass, and 61kW (82hp) and 280Nm of peak torque achieved at 0 rpm. One disadvantage with EVs is the lack of sporty exhaust vocals, so to compensate BRABUS equipped it with an artificial sound generator that can simulate engine sounds like American V8s or racing cars.

Interior comforts include processed white leather stitched with a yellow thread and a special instrumentation display monitor built into the lower center console for drivetrain and trip information.