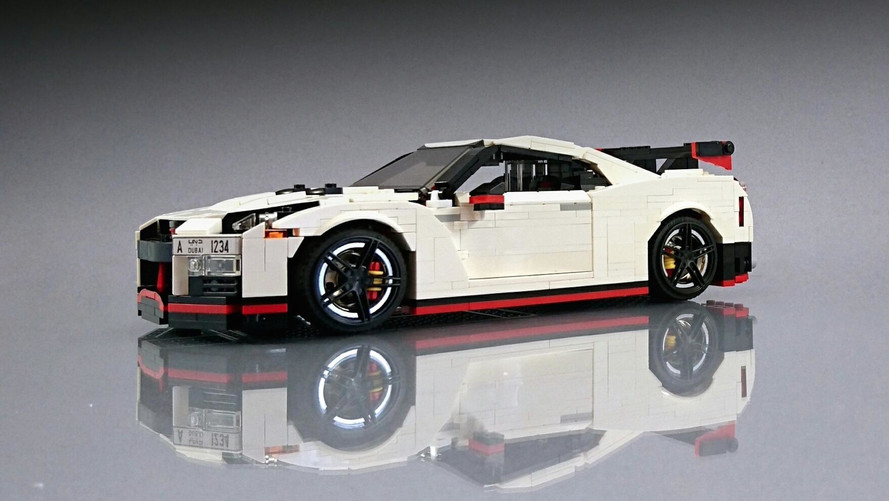 This is a kit that definitely needs to be sold.

The Nissan GT-R Nismo is a $175,000, 200 mile-per-hour supercar that most of us will never actually get the chance to own. But for those interested in taking home a small-scale version of one of Japan’s most potent vehicles, you could always opt for the Lego version, which is almost just as good.

Expert brick builder Firas Abu-Jaber has sculpted a Lego version of the GT-R Nismo, and it looks amazing. The designer said it was his favorite car, and thus went into proper detail on the project, including the front fascia, wheels, and even under the hood where a replica Lego version of the engine can be seen.

Some detailing like the taillights use red Technic gear pieces, says the website The Brothers Brick, while the doors, hood, and roof all open, hiding a few secrets of their own. There's even a full interior. Sadly, this isn’t an official Lego kit, meaning you won’t be able to buy this at your local Lego store anytime soon.

The Nissan GT-R Nismo Lego build is just the latest in a long line of ideas that should be supported within the Lego and automotive community. We’ve seen everything from a Lego Lancia rally car, complete with appropriate dirt jump, to a Military M151 MUTT that is heavy on details, each hoping to have their time in the Lego limelight.