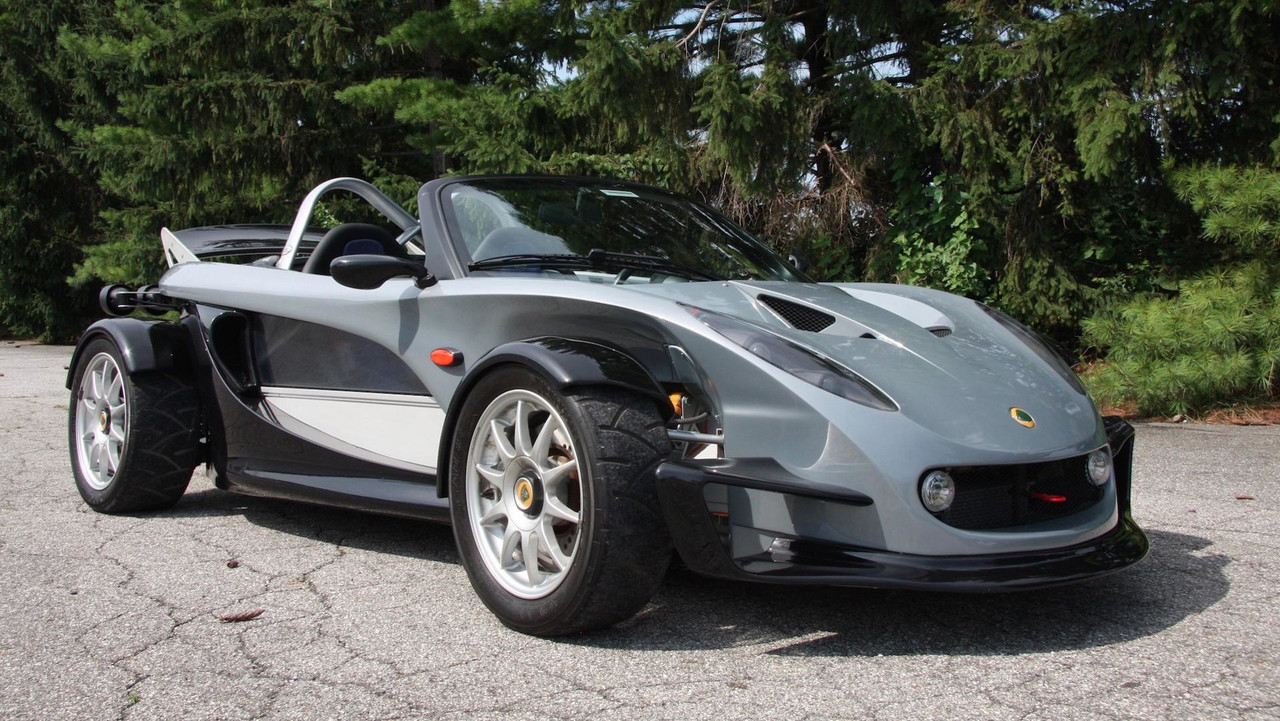 For most enthusiasts, the appeal of owning a Lotus is all about weight – or rather, lack there of. This 2000 Lotus 304R, then, should be the perfect anecdote for all you lightweight enthusiasts out there. It lacks a roof, doors, a most of its body panels, and it’s currently up for sale on Bring a Trailer.

With just 347 miles (558 kilometers) on the odometer, the Lotus in question is virtually brand new. It’s one of just 340 examples ever produced for the 2000 model year, and one of just eight left-hand-drive examples delivered new in the U.S. Even though it rides on the chassis and mechanicals of a Lotus Elise, it can’t be driven on the road due to safety issues, sadly.

Power comes courtesy of a 1.8-liter four-cylinder engine mounted in the rear. The 177 horsepower (131 kilowatts) and 126 pound-feet (170 Newton-meters) of torque are routed through a five-speed manual gearbox. Though it may not sound like much, remember that the entire package tips the scales at just under 1,150 pounds (521 kilowatts), allowing it a 0-60 mile-per-hour (96 kilometers per hour) spirt of just 4.4 seconds, and a top speed of 133 mph (214 kmh).

The interior, while entirely driver focused, is scarce. Apart form blue Alcantara accents on the door panels, steering wheel, and seats, the 340R lacks creature comforts like carpets, an infotainment screen, and a stereo. A fire extinguisher is mounted forward of the passenger seat, just in case.

The car has been listed for sale multiplied times, but this is the second time in a little over a year that it has been listed publicly. Last March, a seller on eBay was asking $65,000 for the rarified Lotus. Interested buyers can head over to the BaT listing where hopefully they can take it home for a bit less than that.