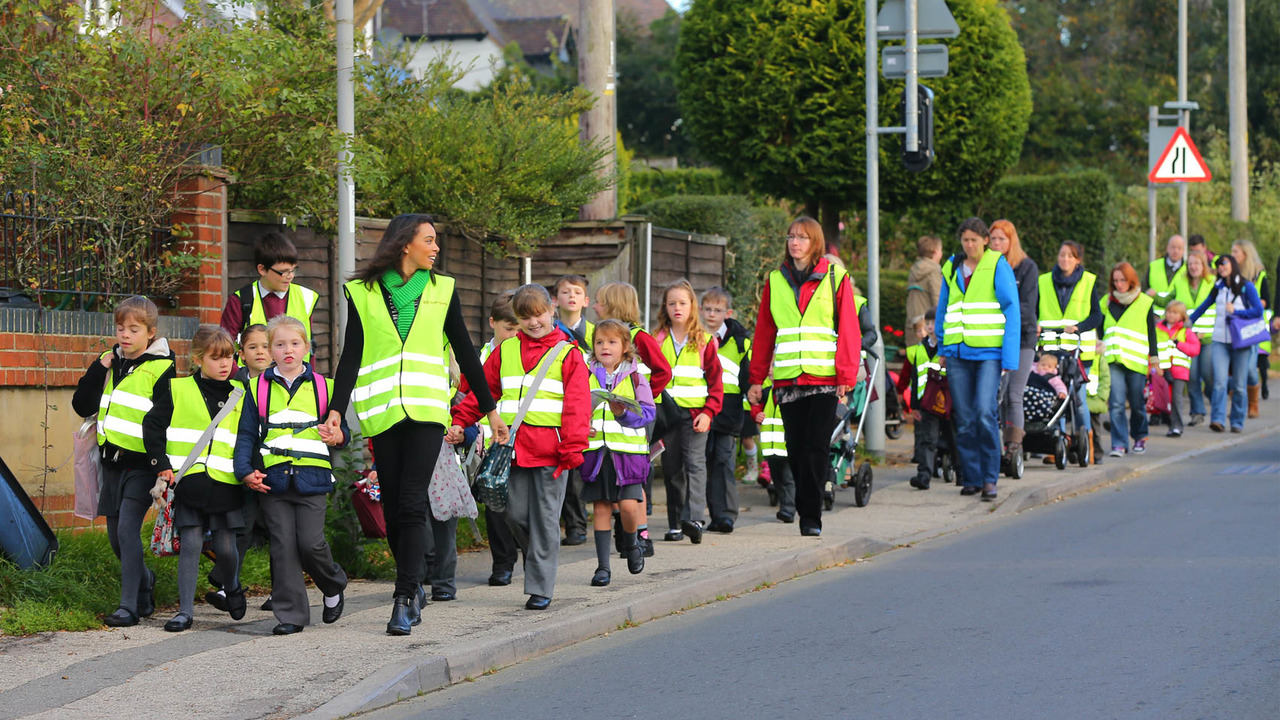 California and Florida lead the nation, but everyone needs to slow the hell down.

Okay, let’s see a show of hand from people who think the summer of 2017 went by way too fast? Most school age children will be headed back to school in just a few weeks, and AAA wants to remind all us petrolheads to be extra cautious. That holds especially true for folks in California and Florida, which rank first and second in the nation for child pedestrian fatalities.

AAA says these statistics come from the National Highway Transportation Safety Administration, using the most recent data compiled from 2015. 11,000 children were injured and 343 died that year, with 46 of those deaths occurring in California and 36 in Florida. Since 1946 AAA has embarked on a public awareness campaign to remind drivers that, with school starting up, there will be a lot more kids running around. With September looming large in the window, it's time to review the basics of not hitting kids while driving.

"AAA’s School’s Open – Drive Carefully awareness campaign is designed to curb a trend of unsafe driving behavior as children head back to school," said Amy Stracke, managing director of traffic safety advocacy for AAA. “It’s important for motorists to fully focus on driving and remember to be on the lookout for children walking or riding their bicycles to and from school.”

AAA offers up some simple common sense steps to help the motoring masses transition back to life with kids at school. Number one on the list is to obviously slow down – most school zones have a 25 mph speed limit or less, and you should absolutely obey it. Also, come to a complete stop at stop signs because that extra second can help you spot a kid running blindly to the intersection. Pay extra attention when backing up, and for crying out loud, put the phone away while driving. Honestly, these things should be part of your driving routine already, but it's especially critical now.

Everyone is guilty of blowing through a school zone without a second thought, but anyone responsible for one of those 11,000 injuries – not to mention the 343 deaths – will be the first to tell you it should absolutely be on your mind. Slow down, pay attention, be responsible. It's not hard to do.

TAMPA, Fla. (August 10, 2017) — As over 55 million students across the United States get ready to start the 2017-18 school year, AAA urges motorists to slow down and stay alert in neighborhoods and school zones.  With new schedules starting once again for many families, it’s critical to be aware of increased child pedestrian activity before -and after-school hours. The afternoon hours are particularly dangerous for children who are walking.  Over the last decade, nearly one-third of child pedestrian fatalities occurred between 3 and 7 p.m.

"AAA’s School’s Open – Drive Carefully awareness campaign is designed to curb a trend of unsafe driving behavior as children head back to school," said Amy Stracke, Managing Director of Traffic Safety Advocacy for AAA – The Auto Club Group and Executive Director of the Auto Club Group Traffic Safety Foundation.   “It’s important for motorists to fully focus on driving and remember to be on the lookout for children walking or riding their bicycles to and from school.”

Here are several recommendations from AAA regarding ways drivers can help to keep children safe: