Take Home This Pristine Porsche 904 For A Cool $1.8 Million [UPDATE] 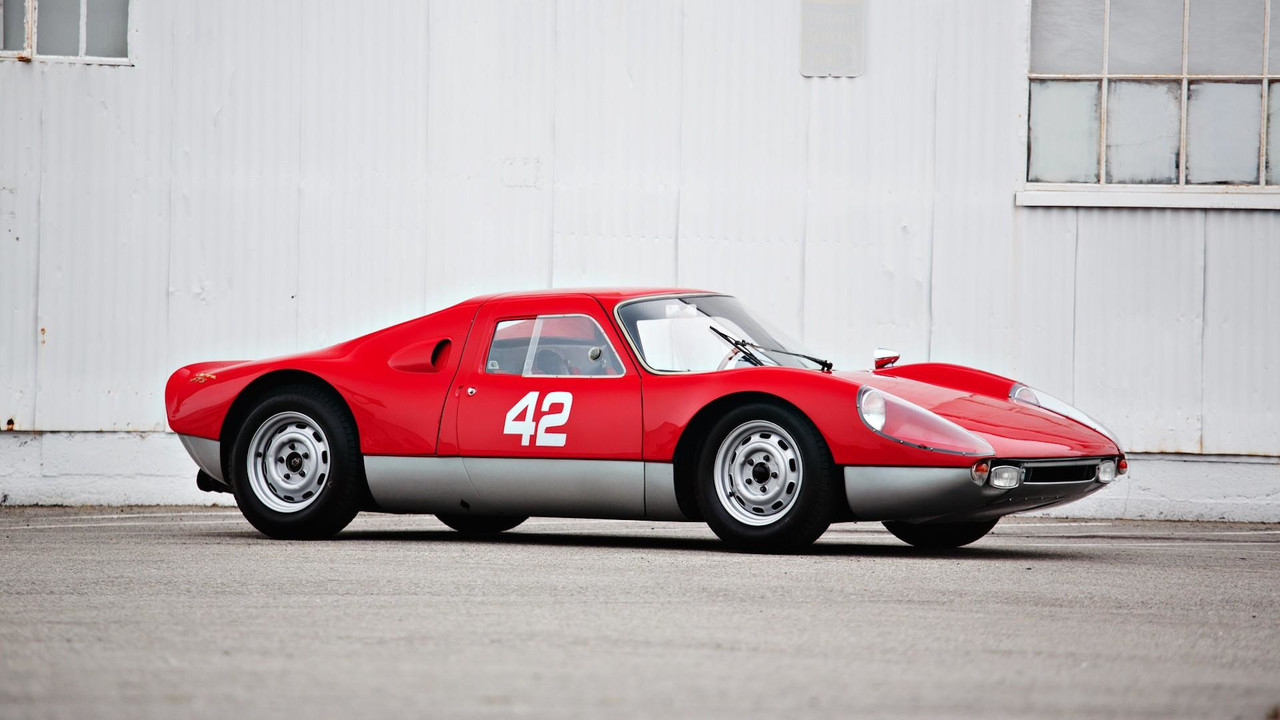 Gooding and Co. expected the race-ready Porsche to sell for up to $1.8 million. See if it met that pricey expectation.

UPDATE: Sold! When the hammer fell, this vintage Porsche racer sold for $1.54 million.

In 1964, Porsche introduced the world to the now-iconic 904 – or as it was more accurately known, the Carrera GTS. It was essentially a race car for the road, and just a handful of street-legal examples were built between 1964 and 1965 in accord with Group 3 homologation standards. This particular example, an original 1964 model, will be heading to auction later this month at the Pebble Beach Concours. And it's pretty.

A handsome two-tone bright red and silver 904 with appropriate racing appliqués covering the door panels, the car was driven extensively in the West Coast SCCA and USRRC Racing Series’, piloted in period by Mike Eyerly, Gary Wright, and Wade Carter. The sports car took home a number of wins, both overall and in class, before hanging up its helmet for good in 1967.

The sports car changed hands multiple times following its first purchase at Riviera Motors in Portland, Oregon, and has been displayed at events like the Palos Verdes Concours d’Elegance, and the Porsche Race Car Classic in Carmel Valley, California, just to name a few. The car underwent a thorough restoration that included the installment of exhaust SuperTraps in an attempt to subdue the noise of the four-cam engine, but remains completely original, and correct to the time.

The factory 2.0-liter flat-four engine remains producing an estimated 200 horsepower (149 kilowatts) at 7,000 rpm. Power is routed through a five-speed manual gearbox, with ATE-Dunlop disc brakes assuring equal stopping power. Brand new, the 906 was good for a 0-60 mile-per-hour (96 kilometer per hour) sprint of less than six seconds, on to a top speed of 160 mph (260 kmh).

Just 106 examples of the 904 were built in the two-year period, making an original example such as this extremely desirable among collectors. Gooding and Co. estimates that this particular example could go for as much as $1.8 million when it crosses the auction block sometime next week.