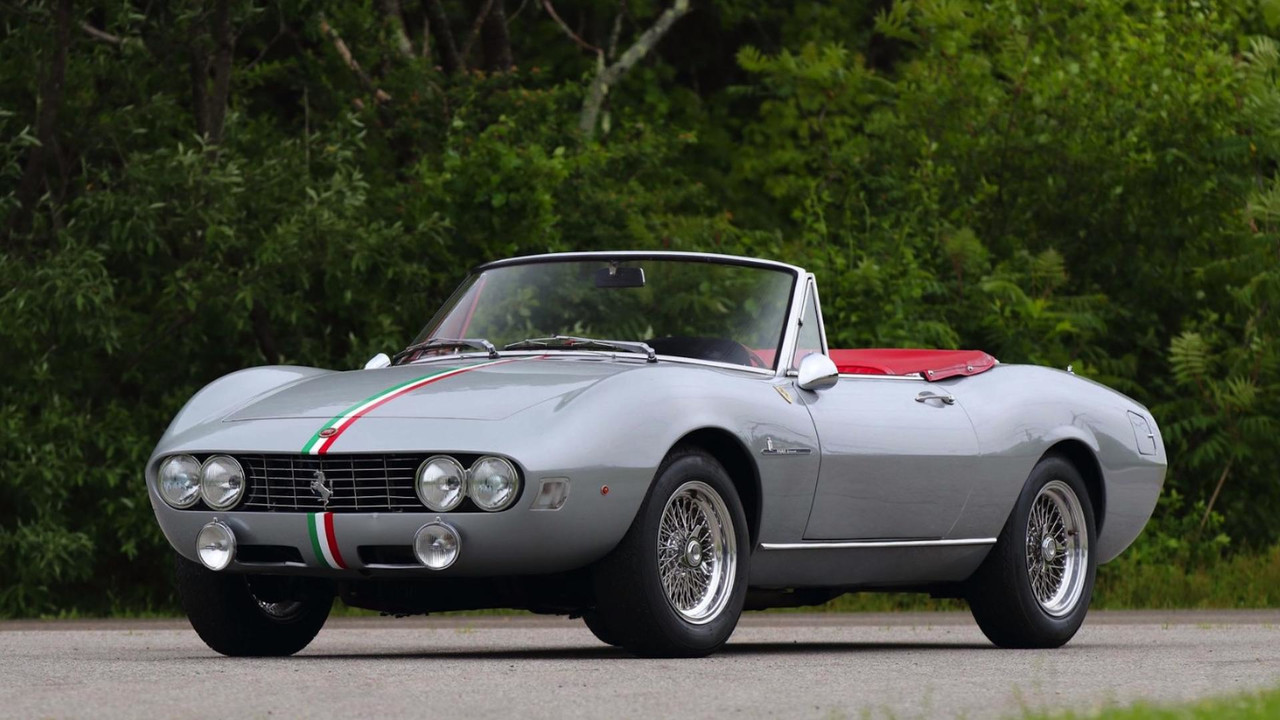 UPDATE: Sold! The auction has wrapped up for the J. Geils Collection with all vehicles and motorcycles finding new owners. Here are the final numbers from worst to first:

At the upcoming Mecum Monterey sale taking place at the Pebble Beach Concours d’Elegance, set to kick off in less than a week, five classic cars, including a pair of stunning Ferraris, and three motorcycles will cross the auction block. Not only is this collection impressive based on heritage and brand power alone, but each vehicle comes with a celebrity name attached.

The cars and bikes will join more than 600 vehicles that will cross the block next weekend as part of the Mecum Monterey sale, including a rare Ferrari 365 Competition Daytona, looking to fetch upwards of $1.6 million, and a collection of go-karts replicas modeled after classic cars. The Mecum Monterey auction will kick off on August 16th, and run until August 19th.

“My blood runs cold, my memory has just been sold …” If the ‘80s pop-rock hit “Centerfold” from the J. Geils Band isn’t instantly stuck in your head after reading those lyrics, it would be shocking. Hits pumped out by the J. Geils Band proliferated the memorable decade that was the wild and flamboyant 1980s, including others like “Freeze-Frame,” “Love Stinks” and “(Ain’t Nothin’ But A) House Party.” Lead-guitarist and band namesake John “J.” Geils was passionate about more than music, however, and with his passing in April of this year, his treasured collection of Italian exotic cars and motorcycles is now in search of new caretakers. This Aug. 16-19, these vehicleswill find their new homes when they are auctioned off to the highest bidders at the 2017 Mecum Daytime Auction in Monterey, California.

Whether you’re an avid listener of ‘70s and ‘80s iconic rock music or a devotee of the fine automotive art that has come from some of the most respected Italian automakers, this collection knocks it out of the park.

Mecum’s Daytime Auction in Monterey will include 600 vehicles further headlined by Ferrari LaFerraris, Bugatti Veyrons, a 2010 Koenigsegg CCXR Trevita and a 1958 Lister-Jaguar “Knobbly,” to name a few. The auction is open to buyers, sellers and spectators. Bidder registration is available online in advance for $100, $200 after auction start, and includes admission for two to each auction day. General admission tickets are available in advance online for $20 per person, per day, and for $30 at the door and online once the auction begins; children 12 and younger receive complimentary admission. Doors open daily at 8 a.m. with the vehicle auction beginning at 1 p.m. on Wednesday and at 10 a.m. Thursday through Saturday. Portions of the auction will be broadcast live on NBC Sports Network with a live stream of the entire auction presented at Mecum.com.