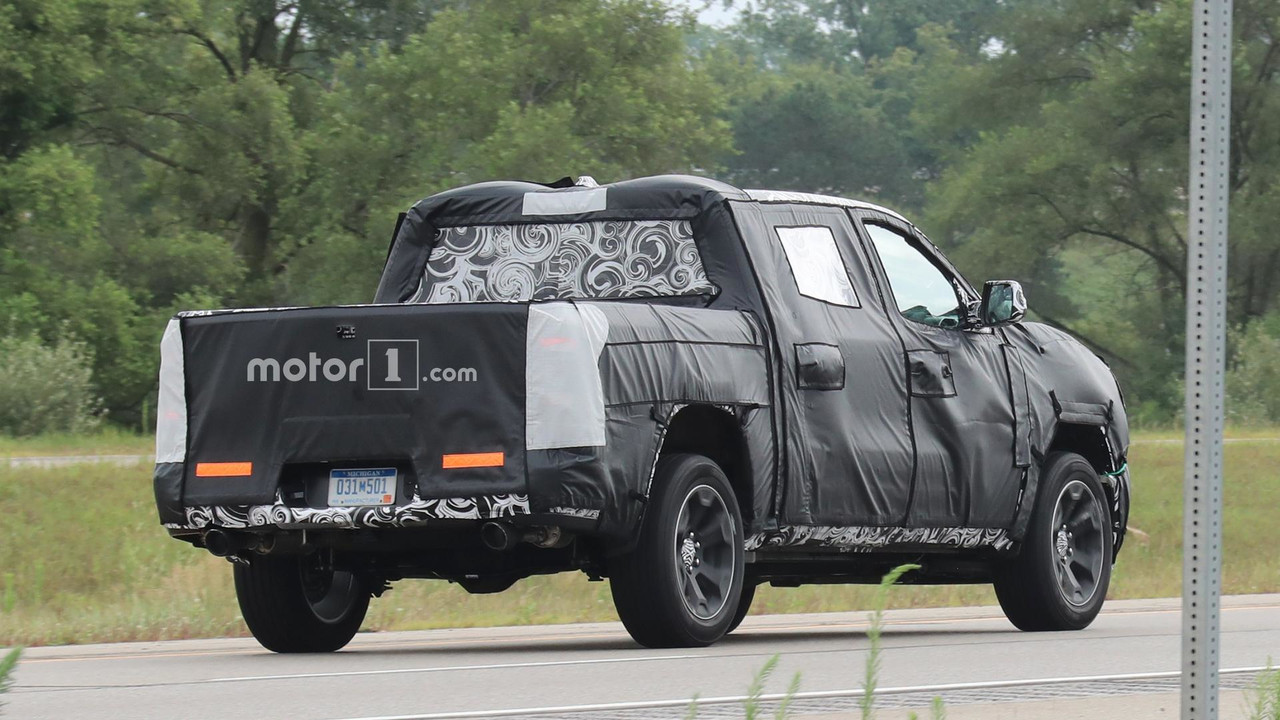 Apart from the hood and tailgate, Ram is going with an old-school steel construction.

While companies like Ford, Jeep, and Chevy are making the move from heavy steel frames to lighter aluminum ones, Ram looks like it will be keeping things old school, at least temporarily. Our spy photographers recently caught up with upcoming new Ram 1500, and discovered that most of the body panels were steel, thanks to some keen detective work and the use of magnets.

Apart from an aluminum hood and tailgate, the new Ram 1500 will carry over the same steel construction from the previous generation on most of its body panels. The truck will undergo a significant facelift, including a new grille, headlights, and diffusers, as well as some significant updating out back, including the possibility of a split tailgate, updated Ram Boxes, and other significant cargo innovations.

The cabin will also be completely refinished, including freshening ups like a larger central infotainment screen that will include an updated version of Chrysler’s Connect system, and some minor changes to the instrument cluster. The questionable dial shifter will carry over, as noted in previous spy shots.

Power options will undoubtedly remain the same – both V6 and V8 engine options will carry over, though a mild hybrid system pair with a turbocharged four-cylinder engine will reportedly join the range. No word on the fate of the EcoDiesel V6, but we don't expect the option to be immediately available pending possible diesel cheating.

The new Ram 1500 will make its debut early in 2018, likely at the Detroit Auto Show before going on sale later in the year. Both the new Ram 1500 and Jeep Wrangler will begin production side-by-side, with production of the current-generation models continuing into 2018.